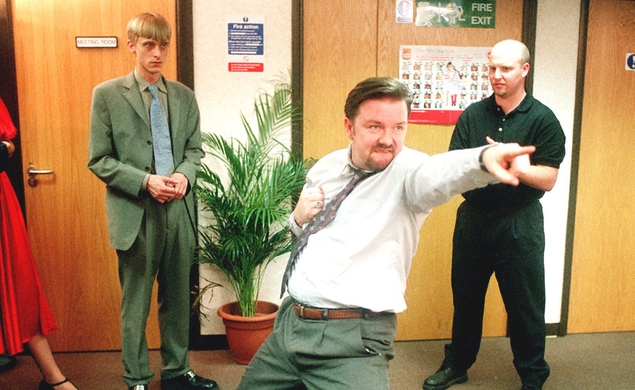 After Ricky Gervais and Stephen Merchant wrapped their popular British sitcom The Office with a two-part Christmas special in 2003, Gervais said repeatedly in interviews that he preferred to let his Office character David Brent rest, rather than running him into the ground. But Brent is so close to Gervais’ best comic mode—playing self-deluded, inadvertently obnoxious ordinary fellows—that it remains his most popular creation, and one he’s brought back periodically on special occasions, including for 2007’s Concert For Diana and for last year’s edition of Comic Relief. Last year also saw Gervais reviving Brent for a series of YouTube videos in which the character teaches viewers how to play guitar—although he really just talks about himself, and his relaxed approach to life.

Now Gervais is going to build off of those videos—and some recent in-character club appearances—and make an entire David Brent feature film, called Life On The Road. According a press release, Life On The Road follows Brent as he performs as a musician in between working as a cleaning products salesman, and it watches as Brent burns through his life savings paying his band for shows that no one comes to see. BBC Films is producing the film, which is due to start shooting next year. When the movie does come out, odds are very good it will contain at least one performance of Brent’s enduring masterpiece, “Free Love Freeway.”