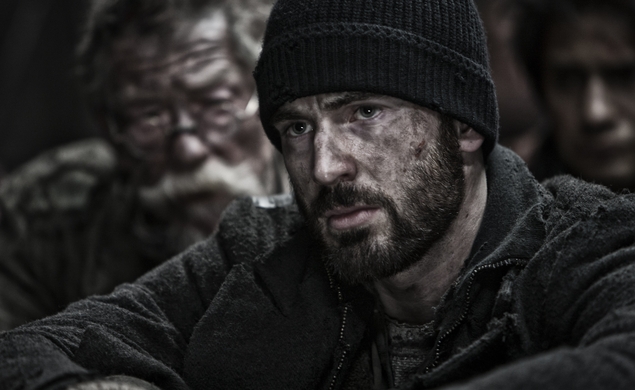 A few weekends ago, my wife I fired up our Apple TV, rented Snowpiercer from iTunes, and spent an enjoyable evening watching what is now one of our favorite movies of 2014. Snowpiercer wasn’t playing in our town at the time; and even if it had been, a night out to see it would’ve cost us around $100 (with dinner and babysitter included) versus the $7 we spent on the rental. More importantly, by not having to wait until Snowpiercer made it to our neck of Arkansas—if it ever did—we didn’t have to remain excluded from the conversations about the movie that were already happening in the big cities where it was showing. Needless to say, we were plenty happy with the Weinstein Company’s decision to put Snowpiercer on VOD nearly simultaneously with the theatrical release.

And apparently, we’re not alone. Variety is reporting that Snowpiercer has already generated $3.8 million in three weeks of VOD, to go along with $3.9 million in theatrical box office over five weeks; the film is also “expected to become the company’s highest-grossing VOD release.” Snowpiercer is already one of the biggest hits in the history of its native South Korea, so it didn’t need to be a smash in the United States to make back what it cost to produce. But even the modest scale of Snowpiercer’s U.S. success thus far bodes well for future buzzed-about indie and foreign-language films to reach a wider audience through a hybrid theatrical/VOD release. (Just imagine how much Boyhood would be making if it were out on VOD right now.)

So Snowpiercer’s strong returns are potentially great news for moviegoers. But is this great news for the Weinstein Company? TWC has taken a lot of knocks over the past year (including from The Dissolve) regarding the reports that it wanted to cut Bong Joon-ho’s film, followed by the perception that the company was dumping the uncut version by giving it such a limited opening. As I wrote last week in conjunction with the Weinsteins’ decision to release One Chance on Yahoo Screen, I’m still not sure how much of what’s happened with Snowpiercer is due to a brilliant marketing strategy and how much is due to the movie being so good that people were willing to do whatever they must to see it. My friend Bilge Ebiri wrote a good piece for Businessweek last week in which he quoted showbiz analysts who suggested that a much wider initial release of Snowpiercer—with VOD saved for much later—would’ve produced even higher total revenue, implying that the Weinstein Company has been trying to turn a stumble into a somersault.

But Hollywood accounting is a hazy business anyway, given how much marketing costs weigh against the ultimate net profit. Plus, as our Scott Tobias has noted, so long as we’re relying on filmmakers to release their own VOD numbers—rather than relying on independent assessors—we have to accept figures provided by people who have a vested interest in a movie’s success. Still, even allowing for some fudging, and discounting whether Snowpiercer’s release was masterfully handled or quietly botched, the film is finding an audience, all across the country. And that’s what matters most.