J.K. Simmons pushes Miles Teller to drum until he bleeds in the Whiplash trailer 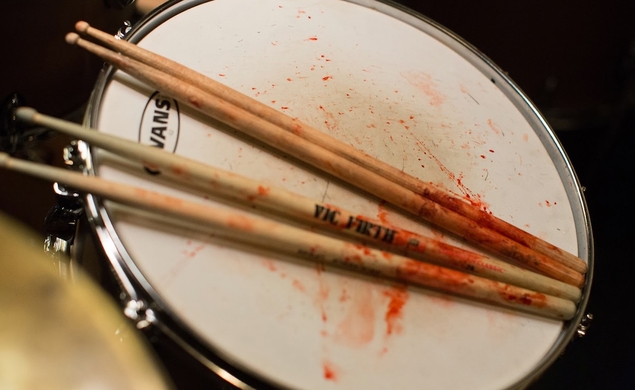 Damien Chazelle has had an astonishing few years for a filmmaker who’s not yet 30 years old. Chazelle’s 2009 indie musical Guy And Madeline On A Park Bench became a critics’ darling (among the few critics who saw it), then he followed it up with the 2013 short film “Whiplash,” which won a Jury Award at Sundance, and the feature-length version of Whiplash, which opened the 2014 Sundance festival and won both the Grand Jury Prize and the Audience Award. In between all of that, Chazelle’s screenplay for the oddball thriller Grand Piano (about a concert pianist who fears he’ll be assassinated if he plays a bum note) was made into a well-received movie by director Eugenio Mira.

Whiplash though is clearly going to be Chazelle’s stepping stone to bigger things. Miles Teller stars as a jazz drummer who has to decide how badly he wants to be “one of the greats” when he studies under a teacher (played by J.K. Simmons) who approaches music instruction with the rigor of an abusive Army drill instructor. The first trailer is out now and it reveals Whiplash as more harrowing than uplifting—though it’s reportedly both. 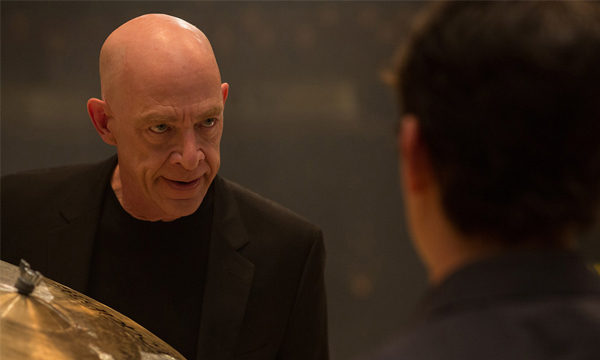 Our Nathan Rabin saw Whiplash at Sundance, and was pretty well knocked out by it. In his coverage, he wrote:

“Whiplash initially appears to be an unusually intense take on the inspirational-teacher movie, albeit one where the teacher in question might inspire students to drop out, kill themselves, or give up even listening to music entirely, rather than inspiring them to reach for greatness. Here, Simmons is a poet of profanity delivering hilarious but vicious ego-destroying rants with their own percussive quality. Teller matches Simmons’ blistering intensity, and what begins as an extreme mismatch—the scared kid vs. the scariest teacher in the world—eventually develops into a riveting war of wills that closes with a thundering climax, which goes a long way toward justifying the film’s enormous, richly merited buzz.”

I haven’t seen the movie myself, but I suspect I’ll have plenty of chances in the months ahead, since it looks like this one is going to get a big year-end awards push—and one that’s well-deserved, judging by this trailer and the wave of Sundance raves.