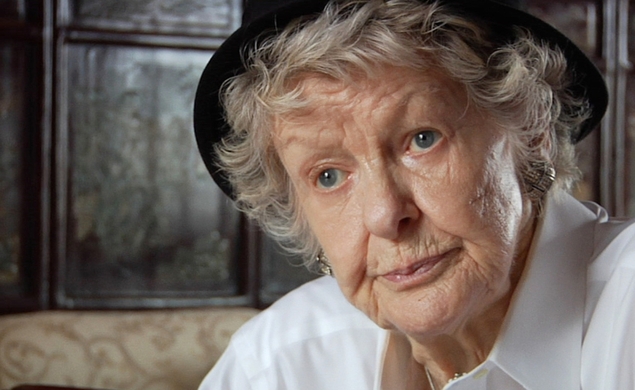 Two of Elaine Stritch’s most memorable movie performances occurred in documentaries, perhaps because the only way to accurately capture the late Broadway star was to show her as herself, not as a character. Stritch died earlier today in her Michigan home at the age of 89, after years of poor health—some of which was documented in Chiemi Karasawa’s documentary Elaine Stritch: Shoot Me, released earlier this year by Sundance Selects. Karasawa’s film showed the Stritch that so many of her fans loved: the “tough old broad” with the sharp tongue and the fearlessness of a great performer. But Shoot Me also got beneath Stritch’s façade, revealing her as vulnerable to age and exhaustion. It’s the same kind of honest portrait of Stritch previously seen in D.A. Pennebaker’s 1970 documentary Company: Original Cast Album, which culminates with a long, dramatic sequence of Stritch struggling to nail her big song “The Ladies Who Lunch,” so that everyone in the studio could clock out.

Stritch didn’t make that many movies. She made her Broadway debut in 1946, and was a staple of the musical theater for the next 65 years; and over the past decade she had one of her most significant roles on TV, playing the demanding mother of Alec Baldwin’s Jack Donaghy on 30 Rock. But Woody Allen put Stritch to great use in his films September and Small Time Crooks, in which she played variations on the difficult diva that she reportedly could be in real life, and Alain Resnais used her as one of the people who haunts a dying writer’s memories in his 1977 film Providence. Later in her career, Stritch would often pop up in movies that needed a cranky mother figure. She kept getting hired because she could bring a strong personality to any part she played. She was funny and intense, and she could belt out a song if needed. Show business uses the term “triple-threat” to refer to actors who also sing and dance. Stritch was a quadruple threat: She sang, she danced, she acted, and she was Elaine Stritch.