Keira Knightley relives her teen years in the Laggies trailer 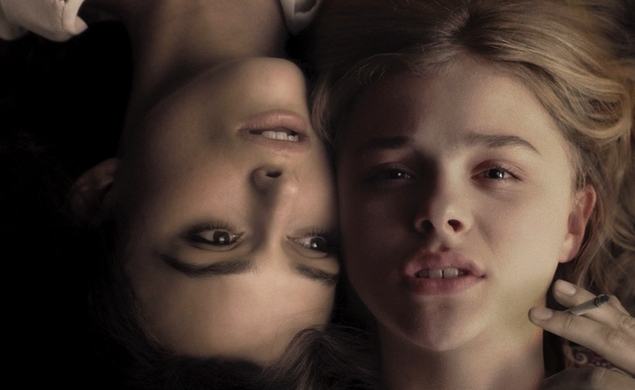 Director Lynn Shelton’s filmography thus far has been dominated by low-key, somewhat shambling indie comedies that she wrote herself—films like Humpday, Your Sister’s Sister, and Touchy Feely. Shelton’s latest film, though, was written by novelist Andrea Seigel, and has more of a structure and a plot than Shelton’s recent work. Laggies stars Keira Knightley as an under-employed 28-year-old named Megan who panics when she realizes that her boyfriend is planning to propose to her, and decides to spend a week hiding out with a teenager named Annika (Chloë Grace Moretz) that she met outside a liquor store. While she relives her days of partying and sleepovers, she finds herself attracted to Annika’s divorced dad Craig (Sam Rockwell), who shares her general skepticism of everything.

Laggies debuted at Sundance back in January to mixed reviews, and now its distributor A24 has released a trailer, in advance of its September opening:

The trail of the tape
Title: Laggies
Director: Lynn Shelton
Screenwriters: Andrea Seigel
Cast: Keira Knightley, Chloë Grace Moretz, Sam Rockwell
Release date: September 26, 2014
Tagline: “This fall, stop lagging and start living.”
The entire trailer in one line of dialogue: “Hey did you hear the one about the grown woman who started hanging out with a bunch of pubescent kids?”
The entire trailer in one screengrab: 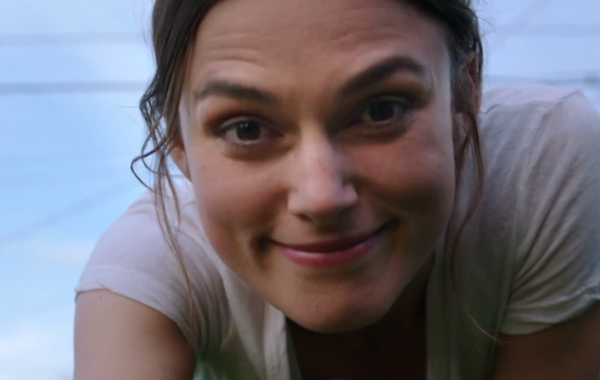 I’m not going to sugarcoat this: Laggies was the film at Sundance this year that I liked the least. (I say this as someone who loved Humpday, was neutral toward Your Sister’s Sister, and didn’t much care for Touchy Feely.) In my Sundance coverage, I wrote:

“[This is] not a bad premise for a comedy, but aside from a livewire performance by Sam Rockwell—who plays the teen’s cynical, quick-witted divorced dad—there’s nothing in Laggies that’s not predigested. The movie’s a lot like Frances Ha but without any of the empathy toward the people who have to put up with a self-absorbed heroine. It’s telling that at one point Laggies defines a grown-up relationship as involving two people ‘on the same side of what seems stupid.’ Compassion, responsibility, generosity… none of these factor heavily into the film’s vision of what it means to be an adult.”

I think this trailer actually makes the movie look better than it is, because it plays up the Megan/Craig relationship, which really only makes up about a third of the film. There’s a lot more to Laggies that’s about Megan stubbornly, selfishly refusing to mature than there is of Rockwell being Rockwell. Some of my colleagues were charmed by the film, so take that under consideration. Otherwise, consider yourself warned.