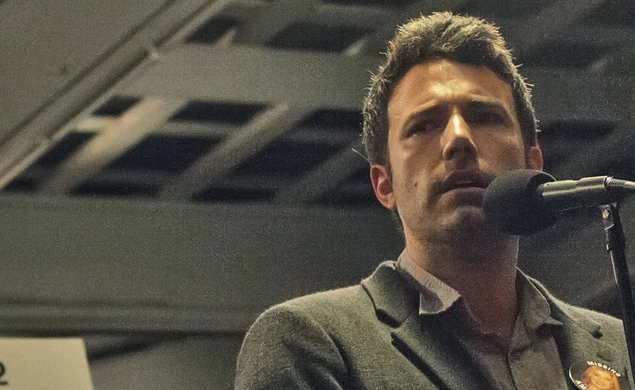 There’s still two weeks left in July, but the summer already feels like it’s winding down, as some of the big autumnal signifiers pop up: back-to-school sales, NFL training camps, and fall film festival announcements. In the weeks to come, we’ll know what’s going to be playing in Toronto, Venice, and New York, which’ll help set the agenda for which movies are likely to dominate year-end list-making and awards season. And today, thanks to Variety, we know about what’s going to open the New York Film Festival on September 26th: director David Fincher’s adaptation of Gillian Flynn’s mystery novel Gone Girl.

For those unfamiliar with the characteristics and quirks of the different film festivals, the opening night slot for NYFF is a bigger deal than it is for just about any other fest. (Longtime attendees of Cannes, Sundance, and Toronto sometimes boast of never going to the opener, because those festivals usually kick things off with a middling middlebrow film.) And because the NYFF opener is always a world premiere, that means it’s automatically excluded from the earlier festivals in Venice, Toronto, and Telluride, which makes that New York screening all the more significant, since the opener is nearly always one of the most anticipated films of the fall. Recent NYFF opening night films have included Captain Phillips, The Life Of Pi, and Fincher’s The Social Network; and now Gone Girl will be waiting out the crunch of Venice/Telluride/Toronto and getting the spotlight to itself for one night in late September, really not too far away.