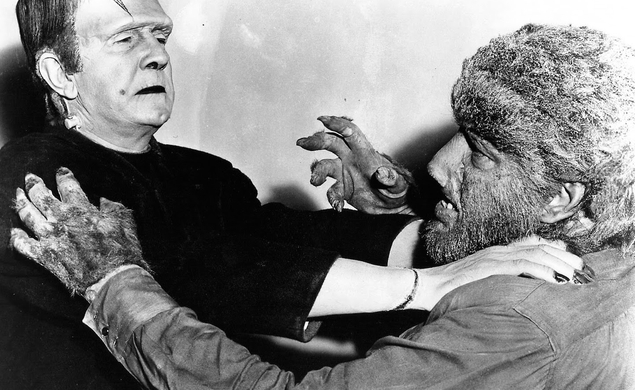 Marvel may have made the idea of a shared movie universe between multiple franchises popular, but Universal pioneered this concept decades earlier, when it reinvigorated the fading Frankenstein and Wolf Man franchises by combining them, in 1943’s Frankenstein Meets The Wolf Man. That film was quickly followed by House Of Frankenstein and House Of Dracula, which added even more monsters to the mix. And with Marvel’s Cinematic Universe drawing hundreds of millions of dollars around the globe, Universal is looking to return to its roots with its own “universe” of monster movies, which would restart and interweave its classic properities in new ways.

Last October, the Internet scuttlebutt had writers Alex Kurtzman and Roberto Orci as the men in charge of spearheading the new Universal-verse, but since then Kurtzman and Orci have parted ways, and today Deadline reported that Kurtzman is moving forward on the monsters with a new partner: Chris Morgan, best known as the writer of the Fast & Furious franchise since The Fast & The Furious: Tokyo Drift. According to Deadline, these films would mark “a substantial new production endeavor that will expand and unify a network of classic characters and stories.” It’s not clear yet whether Kurtzman and Morgan will make any of the individual movies themselves; their current task is outlining this universe and finding more filmmakers to pick up specific properties.

The first Universal-verse movie will be the latest reboot of The Mummy, which is due in theaters on April 22, 2016, and was briefly in the hands of Mama director Andrés Muschietti. Nothing else in the lineup is set in stone yet, but Universal’s monster library includes Frankenstein, Dracula, The Wolf Man, The Invisible Man, and (my personal favorite) Creature From The Black Lagoon.

In my eyes, this news is an upgrade. Nothing against Orci, but if there’s one thing Morgan’s Fast scripts do well (besides, y’know, be totally awesome) it’s build surprisingly dense continuities out of seemingly simple and silly movies. By Fast 6, Morgan had threaded together more than a dozen characters across multiple continents and timelines. Imagine him unleashed across the entire scope of Universal monsters. Just think of all the summer barbecues they could have! There’s Frankenstein freaking out at the grill, while the Invisible Man steals all the potato salad, and Dracula tries to eat everyone. This whole thing has a lot of potential.