Focus Features will distribute a Jesse Owens biopic, and Jason Sudeikis and Jeremy Irons will co-star 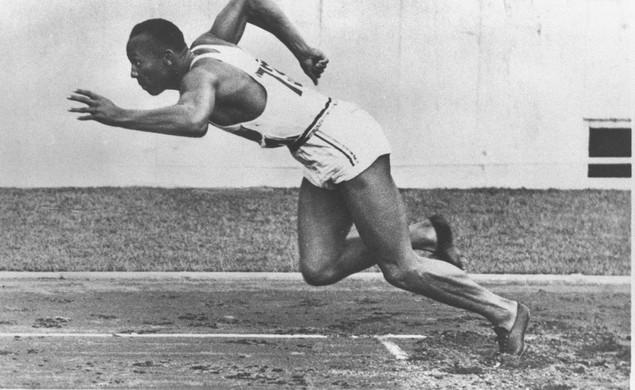 Earlier today, I wrote about the two J.R.R. Tolkien biopics that are in development, but Tolkien’s far from the only person to have multiple motion pictures about him currently in the works. American Olympic hero Jesse Owens, for example, has inspired four separate projects, including an adaptation of Jeremy Schaap’s book Triumph at Disney, and a movie that actor Anthony Mackie is hoping to make as a vehicle for himself. The Owens film that’s sprinted to the front of the pack though (so to speak) is Race, which is set to star the young Canadian actor Stephan James, and to be directed by Stephen Hopkins.

According to The Hollywood Reporter, Focus Features has acquired the U.S. domestic distribution rites to Race, which will begin production next week in Montreal, before moving on to shoot in the actual Berlin stadium where Owens’ success humiliated Adolf Hitler. Two new Race cast-members have also been announced. Former Saturday Night Live comedian (and co-star of Horrible Bosses and We’re The Millers) Jason Sudeikis will play Owens’ coach Larry Snyder, while Jeremy Irons is set to play Avery Brundage, the controversial head of the U.S. Olympic Committee.

Irons aside (or perhaps even Irons included), that’s not exactly a high-powered A-list cast, although by the time Race comes out, James could be a bigger star. He reportedly has a sizable role in the upcoming football movie When The Game Stands Tall, and he’s playing civil-rights hero John Lewis in the historical drama Selma. Perhaps the biggest question mark here, then, is the director, Hopkins, who has a filmography that’s the very definition of “random.” Which Hopkins credit will Focus highlight in the Race trailer? “From the director of Lost In Space” or “From the man who brought you A Nightmare On Elm Street 5: Dream Child?”