When can you watch the Ouija trailer? N… O… W. 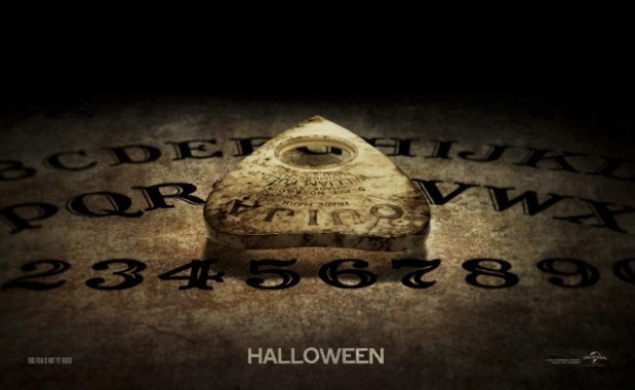 I don’t know how it was in the rest of the country, but if you grew up in the South like me, chances are you spent much of your childhood believing that playing around with a Ouija board was a dangerous pastime, putting the dabbler’s mortal soul in jeopardy. Judging by the trailer for the upcoming horror film Ouija, producers Michael Bay and Jason Blum believe that same hoodoo—or at least believe that such hoodoo will sell movie tickets. Bay and Blum co-produced Ouija, which was directed and co-written by Stiles White, and follows a group of teens who try to communicate with a dead friend via the infamous wooden board game (which is currently being spawned by the mouth of hell that is the Hasbro toy company, by the way). Soon enough, these kids are being hounded by ghosts, who wield the supernatural powers of shock-cuts and CGI.

Move your planchette to “Yes,” and watch the first trailer (hosted by the Facebook page for the ABC Family TV series Pretty Little Liars):

The trail of the tape
Title: Ouija
Director: Stiles White
Screenwriters: Juliet Snowden, Simon Kinberg, Stiles White
Cast: Ana Coto, Bianca A. Santos, Erin Moriarty
Release date: October 24, 2014
Tagline: “What you have heard is only the beginning.”
The entire trailer in one line of dialogue: “Ever feel like even after someone you love has died, there’s still a way you can talk to them?”
The entire trailer in one screengrab: 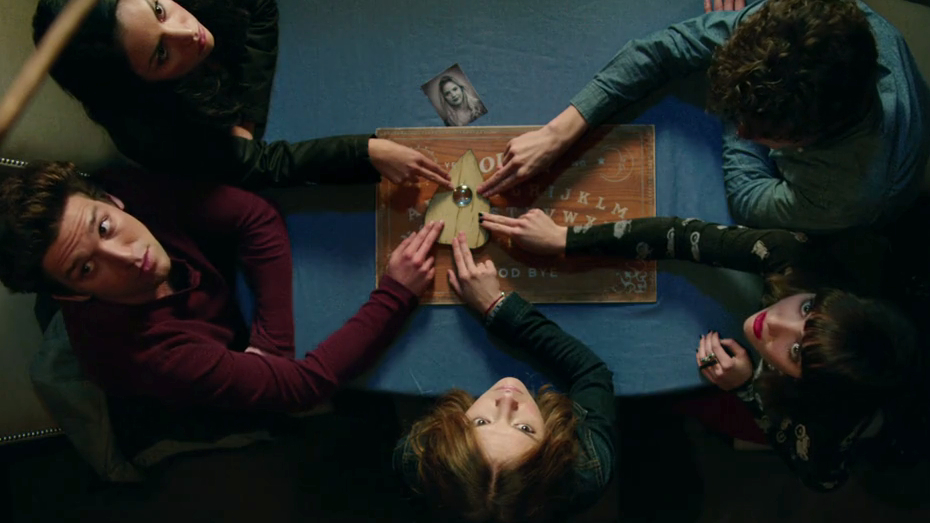 There’s nothing too original in the trailer above: just the familiar combination of attractive young folks beset by unexpected apparitions and dissonant sound effects. But there’s no reason to think this won’t do very well over Halloween weekend—especially in the South, where we howl about the Devil but love “devil movies.”