The time will soon come when competing J.R.R. Tolkien biopics will shape the fortunes of all 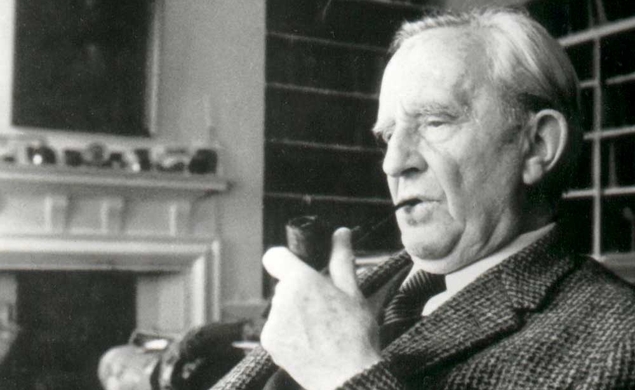 Every now and then, the movie industry comes across an idea so bankable that filmmakers rush to be the first to the bring it to the screen: two movies with computer-animated insects; two movies about meteors striking the Earth; and now, two movies about an Oxford English professor. The Hollywood Reporter is reporting that separate companies are now developing films about J.R.R. Tolkien, the man who wrote The Hobbit and The Lord Of The Rings—perennially popular books that have been made into phenomenally successful films. As announced late last year, Fox Searchlight and Chernin Entertainment have a project currently called Tolkien, an expansive biopic written by David Gleeson. And now Con Air and The Expendables 2 director Simon West has been attached to helm Tolkien & Lewis, a film that will focus on the close, complicated relationship between Tolkien and writer C.S. Lewis, author of The Chronicles Of Narnia.

Given that the Tolkien/Lewis friendship is one of the most fascinating aspects of Tolkien’s life, the newly announced project sounds more immediately appealing—or at the least, more focused. Lewis’ life has already been the subject of one great film, 1993’s Shadowlands, which stars Anthony Hopkins as Lewis and Debra Winger as Joy Davidman, the American poet whom Lewis married out of convenience and then came to love deeply. What makes Shadowlands work so well is that it focuses on who Lewis was—his writing, his reserved nature, his deep Christian faith—through the frame of this unexpected romance. Tolkien and Lewis had a shared history as academics and as authors of elaborate fantasy sagas, but they also had long conversations about religion, philosophy, and writing, which means that if done right, Tolkien & Lewis could capture just as much of the Hobbit author’s life as a film that starts at his birth and ends with his death. At any rate, with two Tolkien films on the way, the board is set, the pieces are moving, and we come to it at last: the great battle of our time.