Ron Howard is directing a documentary on The Beatles’ touring years 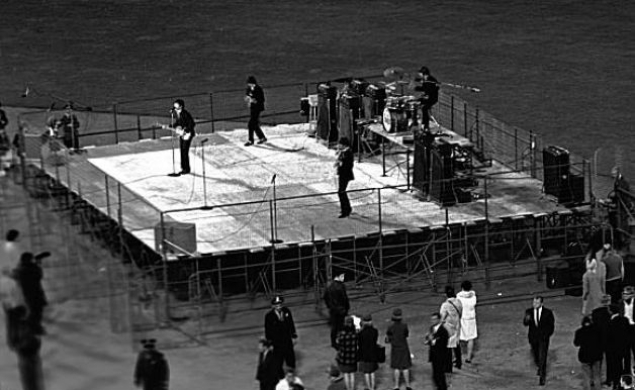 On August 29, 1966, The Beatles performed their last official, ticketed concert at Candlestick Park in San Francisco, ending a stretch of their career that saw them touring around the world, nearly non-stop. Because The Beatles were done with playing live a few years before the rock ‘n’ roll industry embraced live albums and concert films, there’s never been a substantial record of what it was like to see The Beatles in concert, outside of some raw footage and the staged performances that the band did for TV and films. But Apple Corps—the company still controlled by the surviving Beatles and the late Beatles’ heirs—is looking to remedy that, by producing a documentary on the group’s touring years, between 1960 and 1966.

Variety reports that Apple and White Horse Pictures are working with Imagine Entertainment to make the film, which will be directed by Imagine’s Ron Howard. This would be the second music-themed documentary that Howard has made in recent years, following the quasi-concert film Made In America. Howard will be working with editor Paul Crowder, who directed the Billy Joel concert film The Last Play At Shea and the Who bio-doc Amazing Journey. They’ll be sorting through soundboard recordings and footage shot by reporters and fans, to assemble a film with between 12 and 20 songs, intercut with interviews that put the Beatles’ ascendence into a larger cultural context.

Howard’s involvement makes this project a smidgen less exciting, if only because his Made In America aimed too much for drippy uplift. Also, Apple has a history of milking negligible material from The Beatles’ vaults for maximum profit. But again, given how little of this aspect of The Beatles has been documented and disseminated, this film is likely to be a must-see for fans, regardless of how many talking heads in it begin by saying, “It was a different time…”.