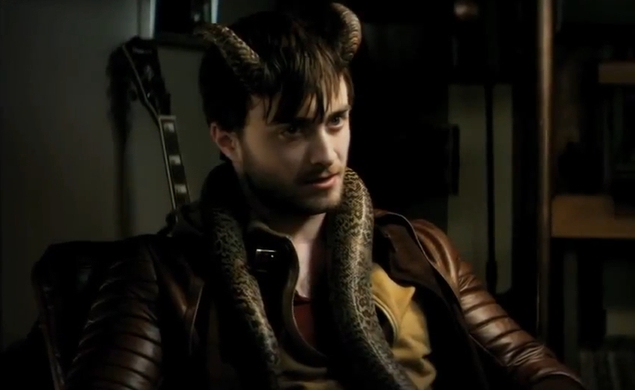 Between the erudite shenanigans of 2013’s Kill Your Darlings, 2012’s atmospheric horror film The Woman In Black, and his various acclaimed stage roles, it’s safe to say that Daniel Radcliffe has moved out of Harry Potter’s shadow. In what surely comes as a relief to him, Radcliffe is now simply another actor, albeit one with enough name recognition and cultural cachet to take whichever roles might catch his fancy. And Alexandre Aja’s upcoming magical-realist thriller (based on Joe Hill’s novel) has quite a hook: Radcliffe plays Ig Perrish, a man falsely accused of the rape and murder of his lover (Juno Temple) who uses newly developed supernatural abilities to sniff out the real killer. Also, horns. In a flourish that will hopefully not end up as a Penelope-styled clunky metaphor, Radcliffe’s character grows horns, seemingly in accordance with the public’s demonization of him. Watch the trailer below: 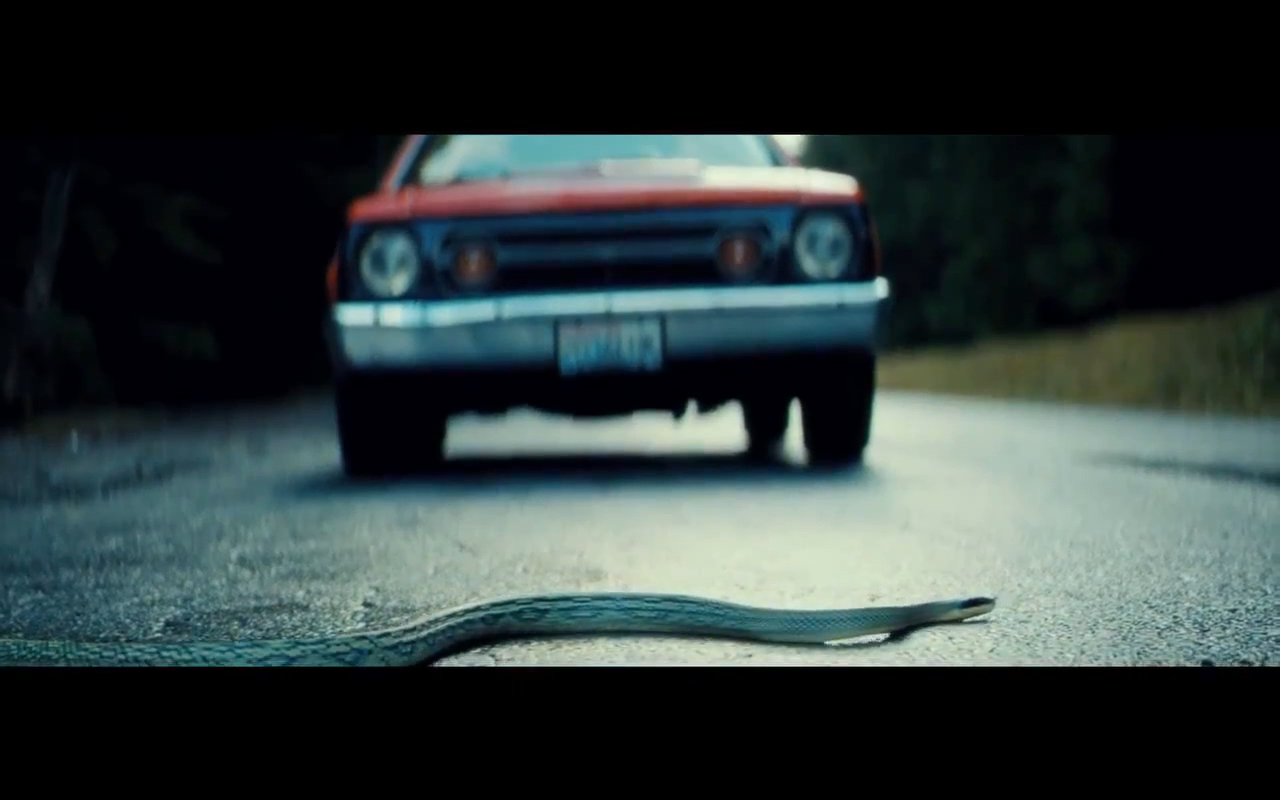 Horns is but the latest in a recent trend of Pacific Northwest-set murder mysteries (shooting took place in and around Vancouver, British Columbia) that adhere to what could be called the “Twin Peaks aesthetic.” Like Twilight and TV’s The Killing before it, Horns favors a soft, gray palette, with plenty of shots taking advantage of the area’s simultaneously beckoning and menacing forests.

There’s plenty of promise in this project. Aja’s work has been unpredictable, if a bit hit-or-miss. Hopefully, Horns will fall closer to The Hills Have Eyes than Piranha 3D. Juno Temple has never given a dull performance in her life, and Radcliffe has proven himself a formidable actor as well. Of particular interest is this film’s marked resemblance to David Fincher’s upcoming Gone Girl, which is scheduled for a release a few weeks earlier, on October 3. Both films center on a man’s efforts to clear his name after a wrongful accusation, complete with a vitriol-spitting public turning against him. Gone Girl may have an impressive Oscar pedigree and bestselling source material (Hill’s novel was successful, but nowhere near the phenomenon of Gillian Flynn’s), but it doesn’t have magic. Only time will tell which film will resonate with the public. (Probably Gone Girl, but this looks pretty interesting nonetheless.)