Short Cuts: “The Risk Not Taken,” a German animated film about a dangerous quest 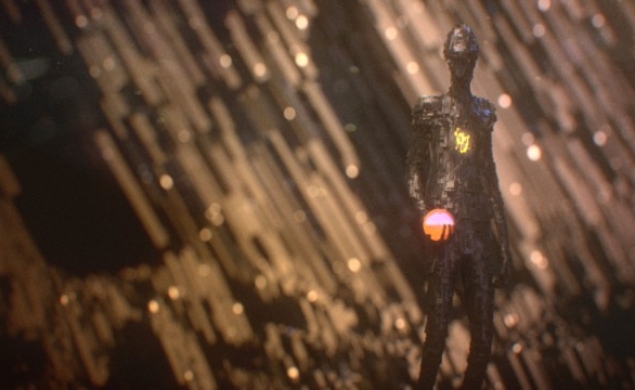 One of the best things I can say about Alex Glawion’s 2011 short “The Risk Not Taken” is that it doesn’t look too far removed from what Glawion’s sketchbook must’ve looked like when he started this film, as his graduate project for the Freiburg School Of Graphic Design And Art, in Germany. “The Risk Not Taken” was created with the software program Blender, and as with a lot of the cutting-edge computer-animation, the characters and settings in this short are astonishingly vivid, almost as though Glawion took a video camera into an alien world and just shot what he saw. But the the original designs of those characters and settings were all Glawion’s, and have a roughness about them that resembles an artist working with pencil and paper, doodling his way through an idea.

That idea in “The Risk Not Taken” is to show what happens when a strange creature on another planet contemplates a journey to seize a sphere that grants unlimited power to its possessor. As he weighs his options, the hero also considers what he might lose if he fails. This isn’t a story of sacrifice; it’s a story of potential sacrifice, and whether making a big move is worth the trouble. Glawion could’ve illustrated this in a comedic way, or by using a familiar heroic type or milieu. Instead, “The Risk Not Taken” is both abstracted and epic. This is a life-or-death, ultimate power saga reduced to the simple image of a man who looks like he’s made of wood, trekking toward a shimmering pillar of fire.