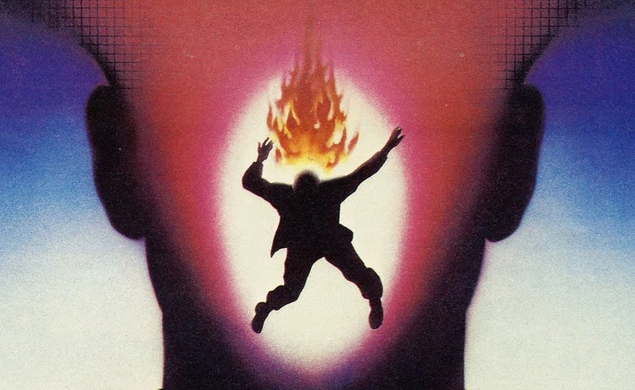 Earlier today, we posted Keith Phipps’ review of the Criterion Collection’s new DVD/Blu-ray edition of David Cronenberg’s 1981 action-horror picture Scanners, the movie that helped Cronenberg cross over to a larger audience after several years of making disturbing cult films. In his review, Keith points out that one of the main reasons why Scanners did so well is because it promised something spectacularly gruesome. Forget, “You will believe a man can fly!” With Scanners, the pitch was, “You will believe a man’s head can explode!” The head explosion was central to the movie’s marketing campaign back in 1981, and the people at Criterion are savvy enough to know that it’s still a selling-point. The cover of the new set illustrates the explosion in arty, abstracted way, and last week, Criterion’s website posted an exploding-head-focused excerpt from the set’s documentary featurette “The Scanners Way.”

Similar to the behind-the-scenes look at the Videodrome special effects on that Criterion set, the interviews with Cronenberg’s effects team here reveal a group of artists and technicians thinking in terms of problem-solving, and sometimes getting caught short when they have to figure out to turn one of the director’s surreal, disgusting ideas into an image on a movie screen. It’s somewhat surprising to hear in the clip above that when the crew was planning Scanners, they didn’t initially think the exploding head was going to be that tricky, until the day of the shoot approached and they realized that their initial plans for how to pull it off weren’t going to work. But just as enlightening as finding out what kind of gunk was in that head—latex scraps, stage blood, and leftover meat, mostly—is hearing how the whole gag got temporarily delayed when the team noticed that the actor was wearing a gold ring and that their exploding model was not. This is what the life of an effects artist is like: a daily list of tiny tasks, adding up to something fantastic.