The trailer for Ghostbusters, an intriguing looking sci-fi comedy coming to theaters this summer 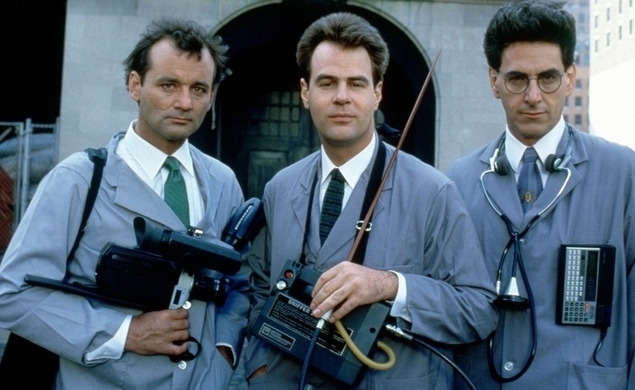 In the last couple of years, very late August has become the warm weather equivalent of early January in the movie world: the place you dump the hopeless crap that’s sure to bomb in a mostly futile attempt to make a little money in a very weak marketplace. Typically the best movies to see at the end of the summer are the ones that aren’t playing in theaters. But this late August release looks pretty interesting. It’s called Ghostbusters, and it’s got an amazing cast: Bill Murray, Sigourney Weaver, Dan Aykroyd, Harold Ramis, Rick Moranis, Ernie Hudson, Annie Potts, and that guy who played the sleazebag reporter in Die Hard. The effects look a little old-fashioned, but there’s some really great lines in the trailer. Take a look:

A few weeks ago, Noel Murray wrote a piece wondering why studios didn’t just re-release their classic titles instead of constantly remaking them. This will be an interesting real-world test of that theory. A one-night repertory screening of Ghostbusters isn’t that unusual—I saw the film at a rowdy midnight showing at New York’s Sunshine Theater about eight years ago—but this 30th anniversary re-release is notable for the fact that Ghostbusters is getting a weeklong run back in theaters, an almost unheard of move (unless it also involves the addition of post-converted 3-D) in the age of Blu-ray, VOD, and streaming. If Ghostbusters does well on the big-screen, that could pave the way for more major re-releases. In a very real sense, this movie is the Gatekeeper, and you all out there are the Keymasters. Once the two hook up, it’s dogs and cats living together; mass hysteria!