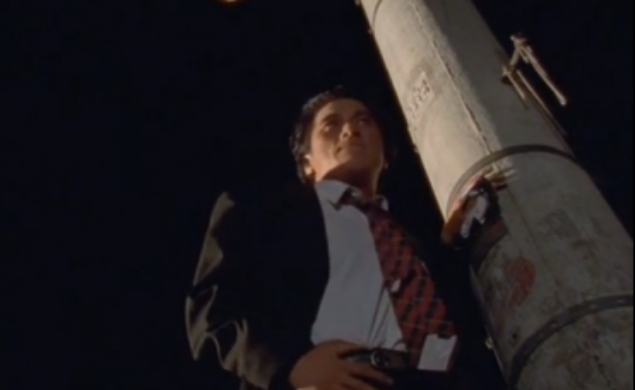 If nothing else, the outcry over whether the Weinstein Company is giving Bong Joon-ho’s Snowpiercer a proper release is a reminder that Bong has become one of world cinema’s most popular and accomplished directors. In films like Memories Of Murder, The Host, and Mother, Bong has fused well-realized genre premises with social commentary, using crime and terror as a way of exploring how communities fit together. Bong, though, hasn’t been all that prolific—only directing five feature films in 14 years—which is why his American fans have been eager to see Snowpiercer ever since it was released in France and in Bong’s native South Korea last year. And that’s also why Bong devotees should be interested in “Incoherence,” an audacious short film that he made at age 25, as his final project for the Korean Academy Of Film Arts.

Made in 1994, “Incoherence” would go on to play a handful of international film festivals, and was an impressive enough calling card to get Bong work as a screenwriter and assistant director for a few years. In theme, tone, and plot, the half-hour short resembles Bong’s 2000 debut feature Barking Dogs Never Bite, which is a half-comic/half-horrifying film about a stressed-out academic who runs into trouble when he tries to get rid of his neighbor’s noisy pooch. Divided into three episodes and an epilogue, “Incoherence” follows three respected men who make some bad choices: A professor who has a crush on one of his students sends her to fetch some papers from his office, forgetting that he left a Penthouse on his desk; a newspaper publisher pulls a prank on one of his delivery men, and then runs away from him through his neighborhood’s labyrinthine alleys; and a drunk lawyer gets lost in the city and goes looking for a place to defecate.

Bong shows off a variety of styles in “Incoherence,” mixing meditative moments, slapstick, chases, and dream sequences. And then he brings everything together in the epilogue, where the three men appear on a TV panel show about crime. But what ties “Incoherence” most closely to Bong’s later work is that he doesn’t just focus on the minor indiscretions of the powerful, he also shows how their behavior affects other people. The antisocial acts in “Incoherence” aren’t of the magnitude of murder, monsters, or restrictive caste systems, but they have a ripple effect, which Bong was already showing a sensitivity to in his earliest work.

The epilogue to “Incoherence” can’t be embedded, but can be viewed here.