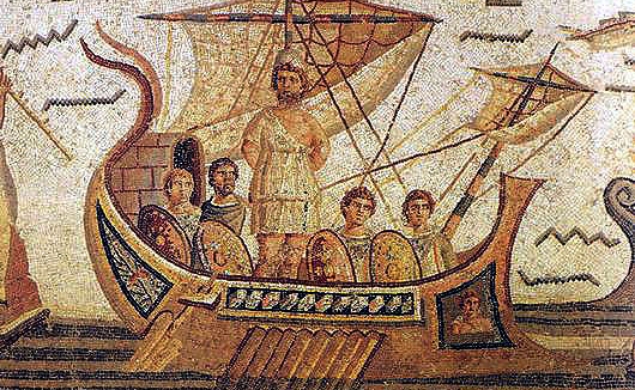 Though Fedor Bondarchuk’s 3D IMAX historical drama Stalingrad only made a million dollars in limited release here in the U.S., the movie was a sizable hit overseas, netting $11 million in China and $52 million in Bondarchuk’s native Russia. Those kind of numbers, combined with Bondarchuk’s ability to handle large-scale action sequences, have won him a big-budget Hollywood project: Odysseus, a planned Warner Bros. adaptation of Homer’s epic poem The Odyssey. The project apparently hasn’t entered the casting stage yet, and has no start date or release date, but the script is being written by Jeremy Doner, whose highest-profile jobs to date have been as part of the writing teams on the TV series Damages and The Killing.

In the case of Odysseus, the top-line behind-the-camera creative team may ultimately matter less than who stars, and how convincingly the special effects artists can recreate the hero’s seafaring adventures, and the monsters that stand in the way of Odysseus and home. Handled right, a movie of The Odyssey could be like 300 crossed with The Lord Of The Rings (and don’t think that nobody at Warner Bros. hasn’t heard or made that exact pitch). If Bondarchuk can pull it off well, he’ll be honoring the legacy of his late father Sergei Bondarchuk, a director who won an Oscar in the 1960s for his own epic adaptation, of War And Peace.