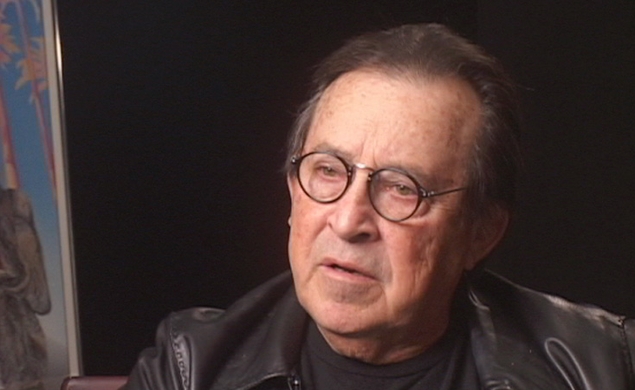 Filmmaker Paul Mazursky was rarely lumped in with the “New Hollywood” crowd of the late 1960s and early 1970s, primarily because he was older than directors like Steven Spielberg and Martin Scorsese (and less flashy in his visual style). But Mazursky was one of a handful of smart writer-directors who took advantage of the movie business’ openness to more personal projects during the rise of the “film school brats,” establishing his own niche of small-scaled comedy-dramas about modern life. At times, Mazursky’s films were popular enough to become cultural touchstones, as was the case with the 1969 “open marriage” comedy Bob & Carol & Ted & Alice, the 1978 “life of a divorcée” character sketch An Unmarried Woman, and the 1986 “wealthy Los Angelenos are crazy” satire Down And Out In Beverly Hills. But Mazursky made some off-beat, less-popular films too, like the Fellini-inspired 1970 navel-gazer Alex In Wonderland, and the strange 1982 Shakespeare riff Tempest. And some of Mazursky’s best films were gentle, melancholic period-pieces, such as the semi-autobiographical 1976 picture Next Stop, Greenwich Village, and the Oscar-nominated 1989 adaptation of Isaac Bashevis Singer’s Enemies, A Love Story.

Mazursky died Monday of cardiac arrest in Los Angeles, at the age of 84, after a long career in movies that began in the 1950s, when he was a young actor in New York. In his early 20s, Mazursky appeared in two films that have endured as historical curiosities: 1953’s Fear And Desire, directed by a young Stanley Kubrick; and 1955’s Blackboard Jungle, which helped stoke the “juvenile delinquency” panic of the time. (He continued to work as a character actor throughout his life, serving as a warm, familiar presence in movies and on TV.) Mazursky moved west in the 1960s, where he studied film and worked in comedy, which got him gigs as a screenwriter. But as soon as his directorial debut Bob & Carol & Ted & Alice became a big hit in 1969, Mazursky’s career-path was fixed. He had plenty of lean years as a director, but he worked steadily, and in the 1970s and 1980s especially, made only movies that reflected his interests and sensibility—not something that many mainstream filmmakers can say.

Mazursky’s work was primarily focused on cultures in transition, showing how ordinary people try to keep up with a world where mores and values evolve. His films are frequently funny, but just as importantly, they documented their times, making fun of progress and pretension while also showing sympathy for human beings just trying to do their best to understand how to fit in without losing themselves. He may never have become a cinema superstar, but Mazursky left behind more formidable films than even cinephiles may realize.