A new Jupiter Ascending trailer descends upon the Internet 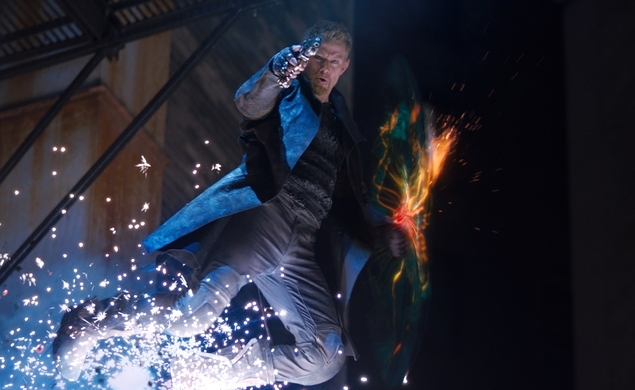 The Wachowskis’ Jupiter Ascending was supposed to open in a few weeks, on July 18. But earlier this month, Warner Bros. pushed the Jupiter Ascending back, from July to February 2015. The stated reason was unfinished special effects which the Wachowskis needed more time to fine-tune. The rumored actual reasons have ranged from the film being a mess to Warner’s fear that the movie will tank; after one underperforming blockbuster this summer, the company could ill afford another costly flop.

So instead of the completed film, would you settle for another two-and-a-half-minute trailer instead? Because that’s all you’re going to get for now. Take a look:

Is anyone else starting to get a Jack Kirby New Gods vibe from this? It’s got alien words, wacky technology, big crazy dialogue, and Channing Tatum gliding around in magic boots that sort of resemble Orion’s Astro-Harness. The Wachowskis are big comic-book fans; they even worked in comics before their big break with The Matrix. It wouldn’t surprise me in the slightest if Kirby’s Fourth World comics were a major influence on Jupiter Ascending.

I could see this going one of two ways: It might be a quirky science-fiction film, and a welcome change of pace from cookie-cutter blockbusters built from toys and comics. Or it might be an absolute shit-show. Or it may be both, depending on who you ask; I liked Cloud Atlas quite a bit, but others absolutely hated it. By the way, if Jupiter Ascending is terrible, I call dibs on the headline “Gassy Giant.” Nobody but me can use it.