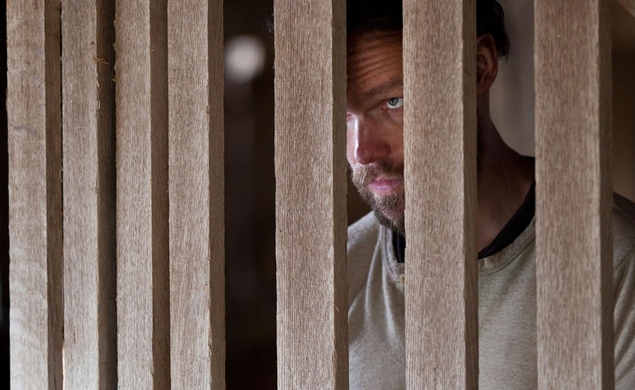 The always prolific and unpredictable James Franco tries his hand at adapting novelist Cormac McCarthy with Child Of God, which he co-wrote (with Vince Jolivette) and directed. Franco also plays one of the minor parts himself, though the star of the film is Scott Haze, playing a small town Tennessee loner named Lester Ballard who gets darker and weirder every year, until eventually he’s living in the wild and descending into murder and molestation. Tim Blake Nelson plays the lawman who tries to track Lester down, while keeping in mind that Lester—like all of us—is just another “child of God.”

Child Of God played the major festival circuit last fall, making the cut at Venice, Toronto, and New York. As the movie gears up for its limited release later this summer, Well Go USA has prepared a new trailer:

McCarthy’s book has been described as one of his grimmest—which is no mean feat. Because this isn’t a red-band trailer, it’s not as bloody or perverse as the movie reportedly is, but I wouldn’t exactly call the tone “cheery” either. It looks like Franco tried to stay as true to the book as possible, exploring one man’s descent into animalism. Whether that makes for good cinema remains to be seen, though I will say that Child Of God didn’t exactly emerge from last fall’s festivals buoyed by strong buzz. Then again, aside from No Country For Old Men, adaptations of McCarthy’s books have nearly always been divisive, finding more supporters after an initial drubbing.