Wait, did North Korea just fire missiles into the sea to protest a Seth Rogen movie? 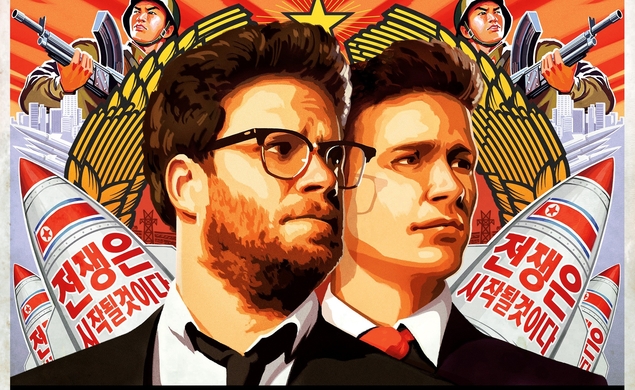 Earlier this week, we wrote about North Korea’s less-than-enthusiastic response to the upcoming Seth Rogen/James Franco comedy The Interview (written and directed by Rogen and Evan Goldberg), in which Rogen and Franco play journalists who are recruited by the U.S. government to assassinate Kim Jong-un. Yesterday, North Korea’s umbrage escalated, as a spokesman for its foreign ministry issued a statement saying, “The act of making and screening such a movie that portrays an attack on our top leadership… is a most wanton act of terror and act of war, and is absolutely intolerable,” adding that if the U.S. government didn’t stop the film’s release then that would provoke “a resolute and merciless response.”

And then today there’s this, from The New York Times:

“North Korea fired three short-range projectiles off its east coast on Thursday, a day after it warned of retaliation against an American comedy film involving a plot to kill its leader, Kim Jong-un. The projectiles took off from near Wonsan, a coastal town east of Pyongyang, the North Korean capital, and flew 190 kilometers, or 118 miles, before landing in waters between North Korea and Japan, said a spokesman at the Ministry of National Defense in South Korea… It remained unclear whether the firings on Thursday were linked to the North’s threat on Wednesday that it would take ‘a decisive and merciless countermeasure’ unless Washington stopped the release of The Interview, a Columbia Pictures movie scheduled to open in October.”

So, um… holy shit. It’s hard to know how seriously to take this, because North Korea hasn’t yet made any official statement tying the missile-tests to The Interview. I’m hesitant to make some wise-ass joke here—like, “If another country was going to try and stop a Seth Rogen movie, why couldn’t it have been The Green Hornet?”—because there could be real people in mortal danger. (Also, if we make a joke about North Korea, will they threaten us next?) But this is clearly becoming a story to watch, because it’s not every day that a dopey comedy threatens to spark military conflict.