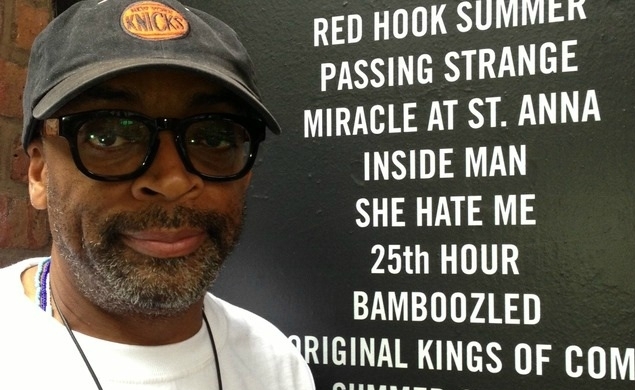 On July 25th, I wrote a piece on The Dissolve about director Spike Lee’s Kickstarter. At the time, Lee had raised just $185,000 in three days, well off the pace of other high profile Kickstarters, like the one for a new Veronica Mars movie, which raised an astounding $2 million in 24 hours. My piece focused on some of the missteps I thought Lee had made in the early stages of his campaign: notably, the lack of clarity on just what he wanted to make, the paucity of interesting rewards, and the assumption on the part of potential backers (rightly or wrong) that a new Spike Lee film would happen whether or not they funded this particular project.

I have no idea whether anyone involved in Lee’s Kickstarter read my piece. But in the days that followed, the funding drive changed in some significant ways. They started add more—and more interesting—rewards (recent daily specials included signed copies of the Bad 25 Blu-ray, which aren't available in stores, and authentic jerseys from Lee’s film He’s Got Game). Lee revealed extra details about the project, including its lead actress, Zaraah Abrahams. They even changed the picture at the top of the page from Lee in front a list of his cinematic accomplishments (which I thought suggested to possible donors that Lee was doing fine without their help) to a picture of Lee and a logo for “The Newest Hottest Spike Lee Joint.”

The extra work definitely made a difference. Today, with five days left on its month-long campaign, Lee’s Kickstarter reached its $1.25 million goal. Thanks to the generosity of over 5,300 backers, we’ll all get to see this newest, hottest Spike Lee joint, which is supposedly about “human beings who are addicted to blood” and is not (repeat: not) a remake of Blacula.

GOD IS GREAT. JESUS SAVES. Special Shoutout To My Brother GENE Who Put Us Over Our Goal.WE DID IT. WE DID IT.$1,251,231 And Still Going HARD

Thank You To All Our Loyal Supporters Who Have Been With Me,Who Continue To Stay With Me.You Folks Did This.You Great People Made HERSTORY.

You’ve still got a few more days to contribute to the film and to pad out its budget a wee bit more. For $3,000 you can spend a day in the editing room with Lee and his editor, observing the post-production process. Now that’s an interesting reward.