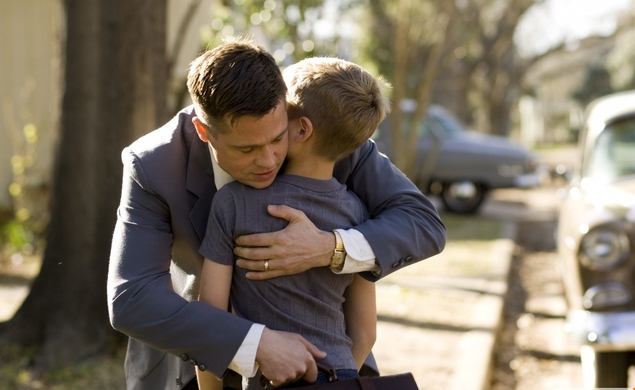 “Maybe it’s anniversary-spike season because summer’s all about the lost glow of youth. Goddamn, summer meant something back then because you had three months off. Three months of idle time, with your meals and entertainment paid for, while you could just pursue what you wanted, in parks, baseball fields, alleys, pools, libraries, with pen or paint on paper, or cameras and computers. Basically what every adult dreams about while wasting away in a cubicle or office (and why should I complain, considering I don’t have children, which I’m sure would make those summers even more ineffable?). Some recent ‘summer movies’ locate and study this yearning without sentimentalizing or trivializing it–The Tree Of Life from 2011, Moonrise Kingdom in 2012, and this summer, Richard Linklater’s Boyhood.”

“I was then taken to another vehicle and directed to the outside seat (I later learned the seats on the ends were retrofitted to fit larger guests). The same thing happened in the new seat—the attendant pushed down on the shoulder bar and looked uncomfortably at the safety light. The conveyor belt was still moving us closer to where the vehicles turn and the ride actually begins. My girlfriend Alyssa was looking on, my friends wondering what the trouble was. Wondering but really knowing—I was fat. I was too fat to ride on the Harry Potter ride. Harry Potter’s forbidden journey had become my forbidden journey.”

“Don’t care about the movie. Because let’s face it, you won’t really able to pay attention, and getting upset that the rest of the audience is talking won’t help. Nobody likes a shush-er. Accept that outdoor screenings are social events first, cinematic events second. And if you’re that eager to see Badlands or The Party, rent them on Netflix first. (Related: Don’t try to introduce someone to your favorite movie at an outdoor screening—you’ll just get annoyed that they’re a Philistine who isn’t giving it proper respect.) Remember movie-lovers, you’re supposed to be having fun.”

“For those of you unfamiliar with this made-for-TV title, Alley Cats Strike is about a group of high schoolers engaged in a bowling rivalry; Big Bang Theory’s Kaley Cuoco stars. That’s my 21-word summary. The Wikipedia article goes on for a stunning 4,266 words. It describes in intricate detail the climax of the bowling drama (‘Finally, the ball hits the 7 pin, which spins into the 10 pin and knocks it over. This gives West Appleton a spare, the win, and the Mighty Apple!’) and generally provides an exhaustive level of exposition (‘In the meantime, Principal Morris has booked some radio time with Sweet Lou…’).”