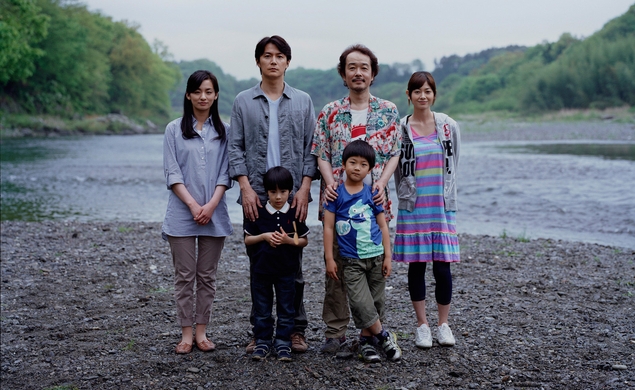 As filmmaking siblings go, Paul and Chris Weitz have been more like the Zuckers—working separately as well as together—than the Coens, Farrellys, or Wachowskis. After debuting with the hit high-school raunch-com American Pie, the Weitzes teamed up again for Down To Earth and About A Boy, then went their own way for Chris’ The Golden Compass and Twilight: New Moon, and Paul’s In Good Company and Admission. Now, according to Variety, Paul and Chris Weitz are about to co-write a film for the first time in more than a decade, working on DreamWorks’ remake of Hirokazu Kore-eda’s hit Japanese melodrama Like Father, Like Son. DreamWorks bought the rights to remake the film after its Cannes screening in 2013.

I was a fan of the original Like Father, Like Son—and enjoyed interviewing Kore-eda about it—though a lot of what makes that film special is the personal touch Kore-eda brings. The Weitzes did a fine job of putting their own stamp on Nick Hornby’s About A Boy, but it’s bound to be tempting for DreamWorks and the Weitzes to play up the more sensationalist aspects of Kore-eda’s story about a harried businessman who learns his son was switched at birth with the child of a laid-back slacker. Kore-eda’s film is a quiet, moving consideration of what it means to be a “good father,” and emphasizes the subtle differences between the two dads rather than the big emotional moments. It’s hard to say how the Weitzes will spin the material—Variety doesn’t indicate whether they’ll also be tapped to co-direct, and reportedly DreamWorks hasn’t settled on a producer—but I do hope they’ll try to honor the spirit of Like Father, Like Son, not just the plot.