Stephen Sondheim revises comments about Disney’s Into The Woods revisions 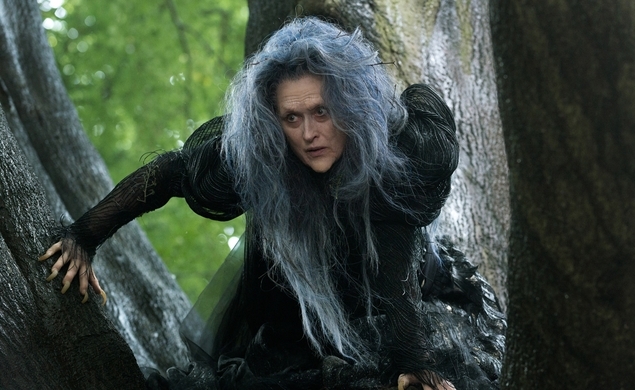 Last week, we shared a New Yorker article in which Stephen Sondheim revealed that the upcoming Disney adaptation of his musical Into The Woods had taken certain liberties with its source material. Sondheim specifically brought up the removal of [SPOILERS AHEAD] Rapunzel’s death and the prince’s tryst with the Baker’s Wife, as well as the song “Any Moment,” which had also been scrubbed from the script. The New Yorker’s quotes had Sondheim pontificating on creative compromises and “puritanical ethics,” suggesting that the legendary composer was slightly displeased with Disney’s treatment.

Today, however, Playbill has published an official statement from Mr. Sondheim that firmly contradicts that notion.

“An article in The New Yorker misreporting my ‘Master Class’ conversation about censorship in our schools with seventeen teachers from the Academy for Teachers a couple of weeks ago has created some false impressions about my collaboration with the Disney Studio on the film version of Into The Woods. The fact is that James (Lapine, who wrote both the show and the movie) and I worked out every change from stage to screen with the producers and with Rob Marshall, the director. Despite what the New Yorker article may convey, the collaboration was genuinely collaborative and always productive.

When the conversation with the teachers occurred, I had not yet seen a full rough cut of the movie. Coincidentally, I saw it immediately after leaving the meeting and, having now seen it a couple of times, I can happily report that it is not only a faithful adaptation of the show, it is a first-rate movie. And for those who care, as the teachers did, the Prince’s dalliance is still in the movie, and so is ‘Any Moment.’”

This is reassuring news both for Sondheim purists and for those with a casual interest in the project. Now it seems that Sondheim’s deconstructive vision of cherished fairy tales has emerged unscathed. Then again, we’ve already learned the hard way that refusing to soften up a Sondheim adaptation doesn’t necessarily mean it’ll be good.