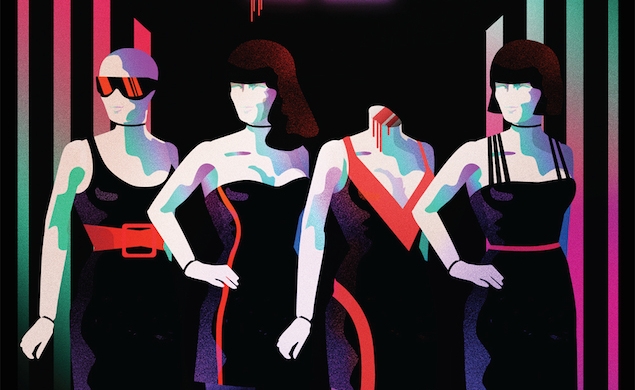 Since last year, Waxwork Records has been putting out insanely cool collectors’ editions of classic horror-movie scores on vinyl. So far, its releases have included Re-Animator, Day Of The Dead, Creepshow, and a Rosemary’s Baby disc that was baby blue on one side and blood red on the other. Each comes in gorgeous packages with artwork from illustrators like Jay Shaw and Gary Pullin.

For their next releases, Waxwork is hitting the ’80s hard. On July 29, it’s unveiling its edition of Chuck Cirino’s original score for Chopping Mall. It’s the first time the music from the cult horror classic has ever been released on vinyl. The record includes a 180-gram fluorescent-pink disc, liner notes by Cirino and Chopping Mall screenwriter Steve Mitchell, and full packaging artwork by Australian duo We Buy Your Kids. (There will also be a limited run of 500 neon yellow variants.) The folks at Waxwork were nice enough to give us the first look at We Buy Your Kids’ Chopping Mall artwork, and here it is: 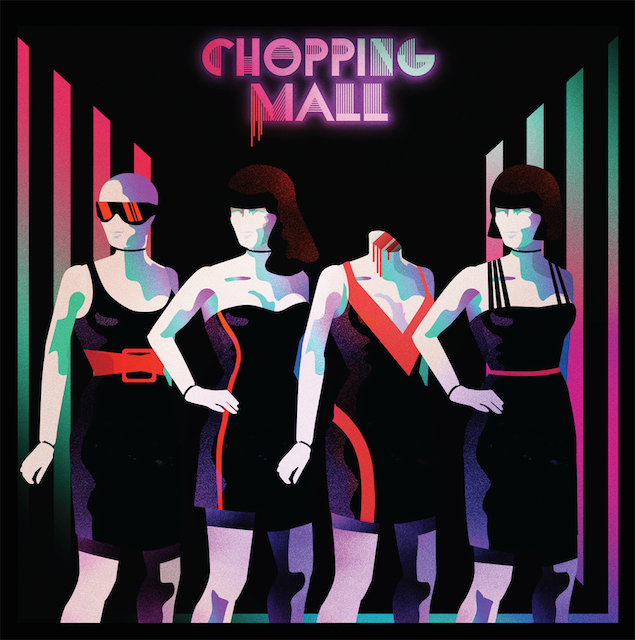 The label has also made three tracks from Cirino’s score, including the main title, available to sample. They’d make fine accompaniment to a trip to the gym or the office, or really any place that’s overrun by murderous killbots.

After Chopping Mall, Waxwork’s next release is Harry Manfredini’s score to the original Friday The 13th. That album comes out on August 29, with liner notes from Manfredini and director Sean Cunningham, packaging by Jay Shaw, and one of three different disc colors: “Woodland Green and Brown haze with Blood Splatter,” “Deep Murky Green,” or, my personal favorite, “Blood Filled vinyl,” which is limited to just 100 copies. Blood inside the vinyl! Here’s Shaw’s cover art: 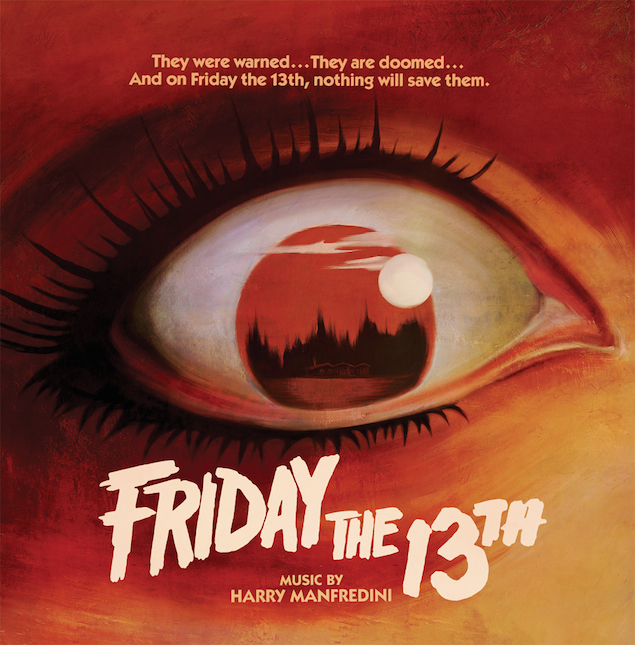 And here are some samples from Manfredini’s score, which is more appropriate for, say, getting hacked to pieces by a campfire: