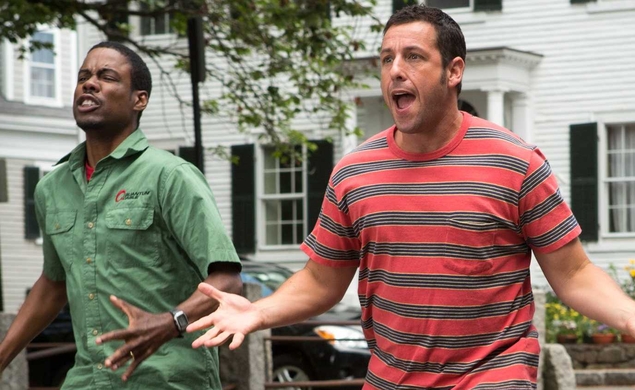 The New York Times economics reporter and theater critic Catherine Rampell says she was inspired by frequent “lectures” on “how critics are out of touch with The People” to investigate the disconnect between moviegoers and movie writers, resulting in an article entitled “Reviewing The Movies: Audiences Vs. Critics.”

Her not-particularly-shocking findings: “critics are much more, well, critical of the average film than general audiences are:”

The gulf between audience scores and critics’ scores varies a lot by movie, but in almost every genre the public rates a movie more positively than do the critics. The only exceptions are black comedies and documentaries. Critics systematically rate films in these genres more highly than do Rotten Tomatoes users.”

Why such variation between critics and moviegoers? Rampell proposes the very logical theory that audiences chose the movies they see (based in large part on the kinds of movies they like) while critics’ viewing selections are often dictated by editors’ assignments rather than personal preference. Frankly, I think a critic who’s not a huge horror fan can still recognize the difference between a good horror movie and a bad one, but I also think some audiences are more lenient towards genres they love (and more inclined to justify the monetary investment they made). So while lack of choice might not affect critics’ scores, it could affect viewers’.

More fundamentally, though, I’m amazed that people continue to “lecture” critics for being out of touch. How, precisely, does a critic remain in touch? By liking every single movie that makes money and disliking the ones that don’t? How does that serve anyone? Maybe for my year-end top ten list of 2013, I’ll just rank the ten highest grossing movies in order.

In this profession, the job description and the title are exactly the same: film critic. Criticizing, and more importantly thinking critically, are what we do. Why would you want a critic to blindly love everything? In my mind, the only thing a critic needs to stay in touch with is their honest opinion. As long as they do that—even when that honest opinion bucks the popular one—they’re providing a valuable service.