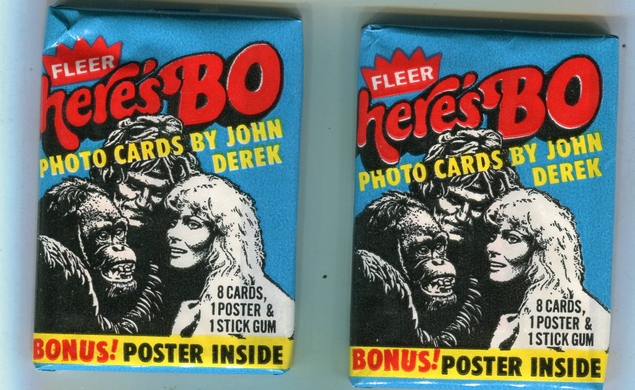 In the past Friday’s “Forgotbusters” column on Blake Edwards’ 10, our Nathan Rabin admitted that he hesitated to do 10 for “Forgotbusters,” because to a certain generation—people over 40, more or less—10 is still pretty well-remembered. That led to a lot of discussion in the comments about whether 10 has any legacy at all, and whether some pieces of popular culture aren’t “forgotten” so much as they’re just not introduced right away to succeeding generations. Here’s a sampling of some of the conversation:

Mike D’Angelo: “‘This is way too much of a cultural landmark to qualify for this column,’ said the author of this comment, 46, before reading the piece.”

jboehle: “I was born over a decade after it opened, but for whatever reason it was a movie I was aware of as a kid while only knowing snippets of the movie itself. First I knew about Bo Derek looking hot in a bathing suit on the poster. Then I knew about the existence of Tarzan The Ape Man thanks to a TV listings entry on it (my dad was a big Tarzan fan and said it was a terrible movie made mostly to capitalize on Derek’s fame) Then I knew it was about a man trying to cheat on his significant other, so I assumed it was dramatic. Then I saw a clip from it when Edwards won his honorary Oscar, the clip where he falls down the hill, very much revealing that it wasn’t a straight drama. That's about the extent of my connection to the film before this column. And yet I imagine most people of my generation don’t know half as much about the movie as I did.”

Satan: “Sorry Nathan, I beg to differ on you characterization of this movie as a Forgotbuster. In my mind it’s kind of a classic. It epitomizes 1970s California debauchery, not to mention Blake Edwards. I haven’t seen it in many years, but remember many aspects of it vividly. (I always think of the hot sand scene when I’m at the beach, and like Pavlov’s dog, Ravel makes me think of Bo.) That said, I’m of the age that you predict I would be at to have this sentiment.”

Adam R: “I’ve never actually seen this movie, and I would have been about six or seven when it came out. But it’s one of those films that I feel like I sort of know just because of how often it was parodied when I was growing up. I particularly remember it and Bo Derek constantly coming up in the Mad and Cracked magazines I read. Thinking back now, it seems particularly weird that grown, middle-aged men were making so many jokes about mid-life crisis based on an R-rated movie in magazines meant for kids.”

Matt Ceccato: “There is a series of Peanuts comic strips from 1979 where Peppermint Patty styled her hair a la Bo Derek in 10. I then saw the ads for 10 in my local paper at the time (I was six) and had to wonder how Peppermint Patty got into an R-rated film.”

scoop94: “This was one of those ‘grown-up’ films that came out when I was young and was not allowed to see any movie with any kind of reference to sexual activity. It was so talked-about in the media, there seemed to be a nationwide obsession with the hotness of Bo Derek. But only in a sleazy way. It was uncomfortable to hear adult men talk about her. I always felt the need to leave the room when her name was mentioned.”

Christmas McCabe: “Speaking as a 27-year-old, I know this movie for one reason: Bo Derek starred in Tommy Boy, emerging from a pool in a swimsuit. Chris Farley gawks at her and Brian Dennehy says, “Yeah, she’s a real ‘10,’ huh?” My Dad laughed at this weird non-sequitur, and when I asked him why, he explained who this woman was, that she was in a movie called 10, et cetera. I’m not sure why, but Dudley Moore and 10 isn’t really in the critical conversation these days. If it’s known to people my age, it’s known mostly as that movie where a pretty lady in cornrows runs toward the camera in a one-piece swimsuit.”

Sometimes I presume that the younger generation doesn’t care about the pop culture staples of the past as much as my generation did, but then I realize that one reason I know a lot of what I know is because certain older movies, TV shows, comics, and albums were omnipresent when I was growing up. For example, last month, Rolling Stone ran a listicle called, “40 Albums Baby Boomers Loved That Millennials Don’t Know,” and while I clicked in expecting a fairly obscure list of records, I was surprised to find that most of the albums on that list were pretty huge deals even for post-boomers like me: albums like Supertramp’s Breakfast In America, Tina Turner’s Private Dancer, and the Cars’ self-titled debut album. Those albums all came out before I turned 14—which I tend to identify as the age when kids really start to discover “their” music—but their songs were still all over the radio, so I didn’t have to work hard to know them well. Similarly, I knock younger TV fans sometimes for not knowing as much as they should about the likes of The Honeymooners and The Mary Tyler Moore Show, but then I remember that those shows aren’t the only thing on TV in the afternoons and late nights any more, like they were when I was a lad. I know a lot about Barney Miller because when I was a kid, Barney Miller was what was on.

Where is that line, between when certain cultural knowledge stops being essential and becomes optional? And why does it happen? Because I can confirm what many of the commenters my age are saying above: 10 was pretty major there for a couple of years. It made Bo Derek a star (and Dudley Moore too, though Arthur had even more to do with that), it inspired parodies and homages, and it influenced fashion. But what it didn’t influence so much was cinema, which probably explains why younger movie buffs still know Alien and Apocalypse Now—two other huge hits from 1979—but not 10.

I also wonder if a movie like 10 will be found by those younger movie buffs eventually, in the same way that once I finished engaging the canon, I started winding my way through some of the complementary movie and albums. A lot of my 30s were spent solving pop culture mysteries in that way. Where did the celebrities on 1970s game show panels come from? Why did west coast country-rock develop the way that it did? Why do the French love Jerry Lewis? I’ve had a lot of fun over the past decade-plus trying to answer those questions, and many more like it.

I don’t want to say that only the good stuff endures, because a lot of my cultural anthropology has led me down pathways littered with dreck. But if I’ve learned anything over the years, it’s that I’m never going to run out of musical subgenres to explore, or directors worthy of further research—and they’re not all going to be obscurities, either. That’s part of the joy of the whole endeavor: to discover something great from a half-century ago, and then to follow all the ripples it left behind.