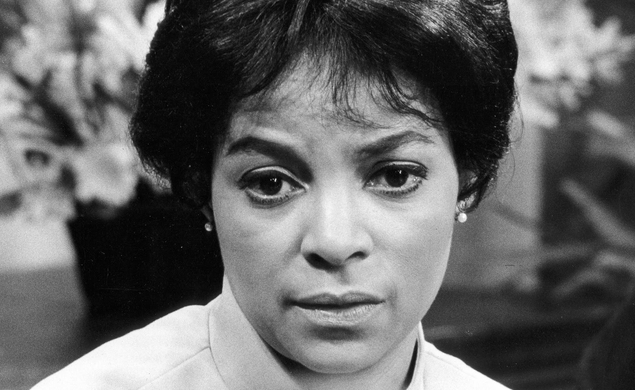 At the time that Ruby Dee appeared in Spike Lee’s 1989 drama Do The Right Thing, the actress hadn’t been on the big screen in five years, and had only made four theatrical movies since 1976. And yet it’s fair to say that Lee needed Dee far more than the other way around. Dee carried with her an air of authority, and a show-business history that stretched back to the 1940s, when she made her Broadway debut. Alongside her husband Ossie Davis, Dee was instrumental in changing that way that Broadway, Hollywood, and television audiences thought about black actors. When the industry establishment offered little of substance for African-Americans to do, Dee and Davis mounted their own plays, made their own films, and lent their support to artists and causes that helped tell a richer story about the black experience to the world. By the 1980s, having Ruby Dee in a movie, play, or TV show was like a seal of approval.

Dee died today in New York, at age 91, leaving behind a body of work as varied and exciting as any actress of her generation. She played Rachel Robinson in The Jackie Robinson Story in 1950, and reprised her groundbreaking stage role as Ruth Younger in the 1961 film version of Lorraine Hansberry’s A Raisin In The Sun. During the thick of the “blaxploitation” era, Dee worked with Sidney Poitier on the Western Buck And The Preacher and with Davis on the film version of J.E. Franklin’s play Black Girl, taking advantage of Hollywood’s brief focus on black audiences to make movies a little more nuanced and humane than the inner-city crime stories that the studios wanted. And when Spike Lee helped open up the world of independent film to black directors, Dee was right there with Davis, lending gravitas to Do The Right Thing and Jungle Fever.

Throughout her career, Dee was largely ignored by awards-giving bodies, though she did win an Obie and an Emmy, and was nominated for an Oscar for her work in 2007’s American Gangster. But Dee didn’t need prizes, any more than she needed to wait around for some producer to cast her in a role that she didn’t really want to play. Her legacy is in nearly 70 years of indelible performances, on screen and on stage, in which she helped nurture and elevate material that defied mainstream showbiz’s expectations.