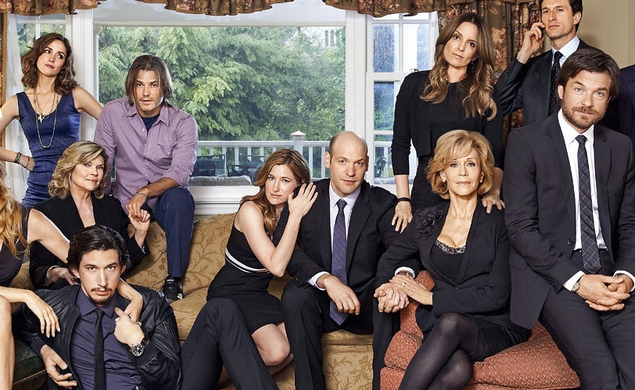 It must be time to start advertising fall movies. The trailer for This Is Where I Leave You, based on a novel The New York Times called “smartly comic,” has some jokes, but mostly harps on the importance-in-big-air-quotes of this film, with inspirational music and title cards that read “THIS IS LIFE. LOSS. LOVE.” This one movie is all of those things, guys! Look no further for all your life/loss/love-related cinematic needs. Here’s the trailer for the film, which opens on September 12:

The trail of the tape
Title: This Is Where I Leave You
Director: Shawn Levy
Screenwriter: Jonathan Tropper
Cast: Jason Bateman, Tina Fey, Jane Fonda
Release date: September 12, 2014
Tagline: “Sometimes you have to go home to find out where you got lost.”
The entire trailer in one line of dialogue: “Is it the whole world or is it just this family?”
The entire trailer in one screengrab:

According to that Times book review, the Foxman family of the novel is drawn together by the death of its patriarch, and they spend the week at home because they’re sitting shiva, a traditional Jewish grieving ritual. The trailer elides any mention of the family’s religion and makes the family’s week “grounded” with Jane Fonda’s mother seem like some wacky last request from the late father. I’m sure the real reason’s there in the film itself, but it is interesting to see what gets to left out of these trailers in the name of broad mainstream appeal. As for my anticipation level, the cast is certainly outstanding, but I’d be a bit more excited if this wasn’t the latest effort from the director of The Internship, one of the very worst movies of last year.