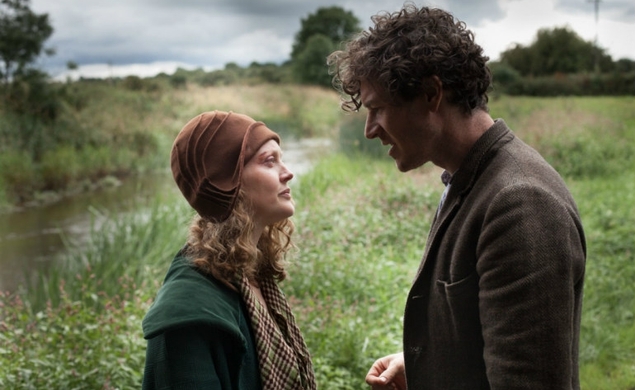 At the midpoint of the Cannes Film Festival, competition selections and market titles are still getting picked up for distribution, both in the U.S. and elsewhere. Some of the day’s most exciting deals:

Ken Loach’s Jimmy’s Hall: Sony Pictures Classics, which already has the Cannes competition titles Saint Laurent and Wild Tales in its stable, bought the North American rights to Loach’s latest period drama, prior to its première. Barry Ward plays Jimmy Gralton, a young radical who butted heads with the local authorities while operating a dance hall and community center in rural Ireland in the 1920s and 1930s. Because the film hasn’t screened yet, there’s no real advance word on it, but some of Loach’s best films have been his historical dramas (including the Palme d’Or-winning The Wind That Shakes The Barley), so it’s no surprise that one of the major domestic arthouse distributors has already pounced on this one.

Kristian Levring’s The Salvation: Our man at Cannes Mike D’Angelo liked Levring’s 1870s-set western revenge thriller fairly well, so it’s good news that it’s been picked up for North America by IFC Films, one of those companies that does its best to make sure that its films are widely seen (and don’t just play major cities and then disappear). Levring has been in the Cannes news quite a bit in the past week, not just because of this movie (which has been getting good reviews), but because he mentioned in an interview that he’d coerced Lars von Trier into writing a horror film for him. Everything seems to be breaking Levring’s way at the moment.

Gus Van Sant’s Sea Of Trees: There’s been no domestic pick-up yet for Van Sant’s latest, which begins shooting this summer with Matthew McConaughey playing a suicidal man lost in a Japanese forest, but it’s sold in just about every other major territory, so it’s only a matter of time before it finds a home Stateside. Van Sant is a filmmaker of wildly varying quality, depending on whether he’s working within the mainstream or out on his own limb; but the prospect of him working on a relatively quiet story, set near Mt. Fuji, starring McConaughey, sounds highly promising.

Barry Levinson’s Rock The Kasbah: This Bill Murray vehicle was bought by Open Road several months ago for the U.S., and now Sony Worldwide has picked it up for the U.K., Latin America, Spain, and Eastern Europe. The film stars Murray as an old rock-and-roll manager who finds himself in Afghanistan, where he grooms a young woman to star in a nationwide, televised singing competition. Murray’s friend Mitch Glazer wrote the script, and Kate Hudson, Danny McBride, Scott Caan, and Zooey Deschanel co-star, with Deschanel playing the Pashtun singer (which surely won’t be a controversial casting decision in any way). Newly minted Rock And Roll Hall Of Famer Yusuf Islam wrote the songs, and the shoot begins in a few weeks in Morocco.