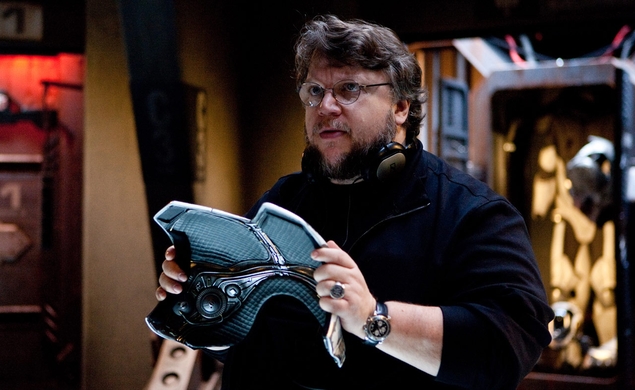 “This movie filled the screen with every boy’s dream!” says the Japanese TV host in the clip below, describing the film Pacific Rim. That may be a slight exaggeration, but I think it’s entirely accurate to say that it fills the screen with one boy’s dream: that of director Guillermo Del Toro. At its best, Pacific Rim taps into his child-like wonder for giant monsters and lizards.

As this video makes clear, that enthusiasm is no put-on. It features del Toro touring a Mobile Suit Gundam museum as part of an appearance on Japanese television promoting Pacific Rim. Del Toro gets so excited about some of the attractions, including a 1/1 replica Gundam suit, that he starts walking ahead of the camera crew and actually begs them to pick up the pace. He’s like a kid in a Mobile Suit Gundam store!

This is why Del Toro makes such great fantasy films about and for children: he’s still a kid at heart, with as much enthusiasm for this stuff as he had when he was dreaming about it as a boy.