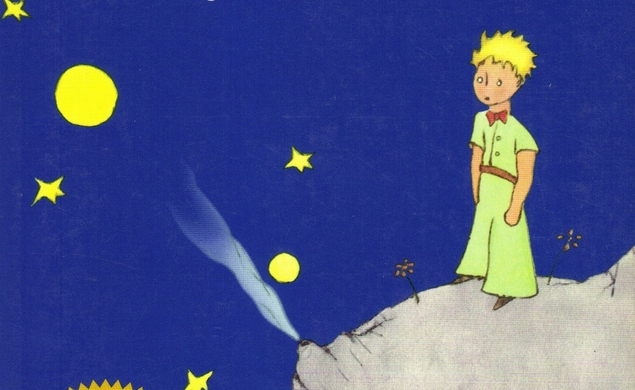 Last week in a post about some of the more Dissolve-friendly movies selling at Cannes, I noted that an animated version of Oscar Wilde’s The Canterville Ghost is in the works, with Stephen Fry and Hugh Laurie providing two of the voices. But that’s not the only interesting animated project being shopped around the Croisette right now. Here are some of the other potentially unusual and exciting features that are either in development or nearing completion:

The Little Prince: Kung Fu Panda co-director Mark Osborne (a favorite of mine ever since his beautiful short film “More”) is helming the latest adaptation of Antoine de Saint-Exupéry’s classic children’s novella, about a downed pilot and the diminutive interstellar traveler he meets in the desert. Paramount will be releasing the film in the U.S. in late 2015, and Wild Bunch is handling overseas sales. According to Screen Daily’s report on the Wild Bunch pitch, Osborne is mixing animation styles with his Little Prince, using CGI for the framing story and stop-motion for the Prince’s tale. The voice-cast includes Jeff Bridges as the pilot, James Franco as the Fox, Marion Cotillard as the Rose, Benecio del Toro as the Snake, and Ricky Gervais as the Conceited Man. The voice of the Little Prince has not been announced.

The Prophet: Far enough along to be screened as a work-in-progress, the Salma Hayek-produced adaptation of Khalil Gibran’s collection of philosophical essays appears to be a sort of animation anthology, according to Variety’s story on the film. Animators involved range from Bill Plympton to The Secret Of Kells’ Tomm Moore to The Rabbi’s Cat’s Joann Sfar, and the voice-talent includes Liam Neeson, Frank Langella, Alfred Molina, and Quvenzhane Wallis. Again, Wild Bunch is handling international sales, while Participant Media will be releasing the film in North America. No release date has been set, but Deadline reports that the film should be completed by this summer.

El Americano: The vaguest (and honestly, least-promising) project in this round-up is this collaboration between Mexico’s Animex Studios and Edward James Olmos’ Burbank-based company Olmos Prods. Described by Variety as a family-friendly 3-D film about a parrot who tries to beat back bullies with the help an actor who plays a hero on TV, El Americano features the voices of Olmos, Erik Estrada, Cheech Marin, and Lisa Kudrow. It’s being sold as “the first major U.S.-Mexico animated feature co-production,” which is kind of a neat hook, I have to admit.

Kong: No, not King Kong (although an animated King Kong movie would be pretty exciting), this big-budget Chinese animated feature is described by The Hollywood Reporter as part of an ongoing effort to make the Chinese animation industry competitive with Japan, Korea, and the United States. Based on the oft-adapted adventure novel Journey To The West, Kong is about a giant rock-creature—curiously King Kong-like in the picture accompanying the Hollywood Reporter story—who fights aliens and robots.

From the above descriptions, The Little Prince is the film I personally am most anticipating. Although I do like giant rock-creatures and robots, and characters named Kong.