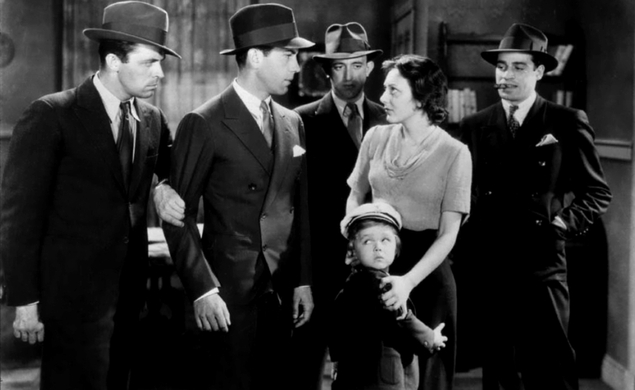 Vérité’s Vanessa Buttino on the Pre-Code film Three On A Match:

“[Ann] Dvorak gives an absolutely incredible performance, breaking hearts on her way down to the depths of depravity. Emoting almost entirely through her eyes, her pain, doubts, fears and uncertainties, are all evident in her close-ups. Clocking in at only sixty-three minutes long, Three On A Match takes off right from the get-go and hardly wastes any time at all on meager plot points or superfluous details. Unlike most Pre-Codes, there’s a moral attached and movie audiences of the time likely left the cinema with a very bitter taste in their mouths. Not to mention a few wet handkerchiefs and a tighter grip on their children’s hands.”

Artforum’s J. Hoberman on the films of Sigmar Polke:

“According to Barbara Engelbach’s essay in MoMA’s massive catalogue Alibis: Sigmar Polke 1963–2010, Polke carried a camera with him constantly for decades and shot hours upon hours of film, documenting whatever came to hand (or into his head): performances, friends, artworks, excursions, TV news. However, this ‘collection of footage,’ as Engelbach calls it, was only transformed into a movie when needed for an exhibition, where it would serve as a raucous sound-and-image-delivery system complementing the artist’s wildly disparate and generally bewildering oeuvre of paintings, collages, works on paper, photographs, and sculptures.”

The New York Times’ A.O. Scott on the paradox of art as work:

“The result is, or threatens to become, a stratification that mirrors the social and economic inequality undermining our civic life. A concentration of big stars, blockbusters and best sellers—Beyoncé, The Avengers, and their ilk—will sit at the top of the ladder. An army of striving self-starters will swarm at the bottom rungs, hoping that their homemade videos go viral, their self-published memoir catches fire or their MFA thesis show catches the eye of a wealthy buyer. The middle ranks—home to modestly selling writers, semi-popular bands, working actors, local museums and orchestras—are being squeezed out of existence.”

“A forty-seven-minute propaganda film about the Aleutian Islands Campaign, Report [From The Aleutians] is remarkable because of how little combat footage it features. It is unique among all films mentioned so far because of the emphasis it places on the humdrum routine of the corps stationed at far-off places. In fact, one of the livelier moments in the film is the soldiers gathering to receive their mail; Report is more interested in showing the monotony of Army life, epitomized by images of latrine digging.”

Plus, the rest of today’s biz-ness:
-Octavia Spencer joins Insurgent
-The trailer for Rob Reiner’s And So It Goes
-X-Men and Fantastic Four won’t share a universe after all
-Spring Breakers 2 being done without Harmony Korine’s consent
-Gaze upon the back bumper (and faint outline of the rest) of the Batmobile from Zack Snyder’s Batman Vs. Superman