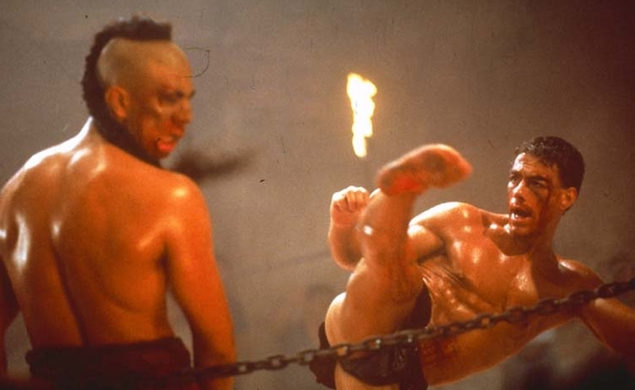 Back in 1989, Jean-Claude Van Damme’s rise to movie stardom got a big boost from his leading role in the low-budget hit Kickboxer. He played Kurt Sloane, who pushes himself to master the discipline of muay Thai so that he can defeat the man who paralyzed his brother at a martial-arts competition. Last year, producer Ted Fields announced plans to remake Kickboxer with director Stephen Fung, best-known for his stylish action-comedies Tai Chi Zero and Tai Chi Hero. And now Fields and Fung have their principal cast members in place and are ready to sell the project internationally at Cannes, according to The Hollywood Reporter.

Shooting on Kickboxer will reportedly begin soon, with the WWE’s David Bautista, UFC champion Georges St. Pierre, and in-demand stuntman Alain Moussi set to play the movie’s main parts. The Hollywood Reporter story is vague on which of these three will play which character and who will beat whose ass, but while only Bautista and St. Pierre make into the first paragraph of the article, Moussi is described later as the “lead,” which likely puts him in Van Damme’s shoes (or feet?) as the reluctant hero. Given that Moussi is a Canadian with a wiry build—as opposed to the bulkier Bautista—he’s already got a Van Damme-ish quality about him. Is it too late to cast him in the upcoming Bloodsport remake too, just as a warm-up?