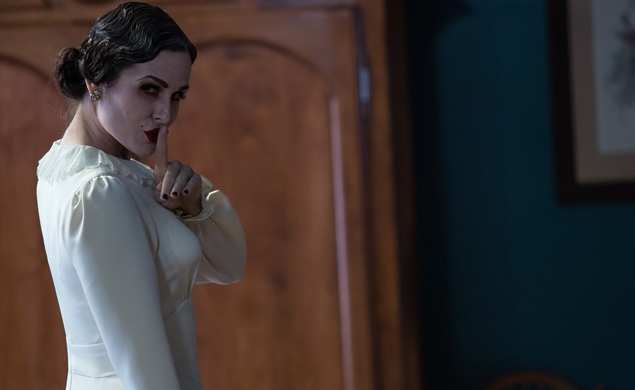 It feels like Insidious: Chapter 2 came and went in theaters last fall without making much impression, possibly because it opened just a few months after the same director, James Wan, made a big splash in the middle of summer-movie season with The Conjuring. And while Insidious 2 didn’t come close to The Conjuring’s success, it still made an impressive $83.5 million against a tiny $5 million budget, way more than the first Insidious’ $54 million in 2011. Very quietly, it’s turned into a major horror franchise.

That’s why Focus Features and Blumhouse Productions just officially announced, via press release, their plan for Insidious Chapter 3, due out in theaters on April 3, 2015. (Focus acquired the Insidious rights when it absorbed the series’ former distributor, FilmDistrict.) The release doesn’t include any plot or cast details, but it does reveal that Leigh Whannell, who wrote the first two films, will make his directorial debut with Chapter 3.

This could be a big moment for Whannell, who created the first Saw franchise with Wan, and has appeared in supporting roles in several of their collaborations (he plays Specs in the Insidiouses) but hasn’t broken out of the horror niche like Wan. (Wan is now directing the next Fast & Furious movie.) If Insidious: Chapter 3 tops Chapter 2 at the box office, it could launch Whannell’s wider directing career in much the same way the first two launched Wan’s. Shooting on Insidious: Chapter 3 stars on July 7.