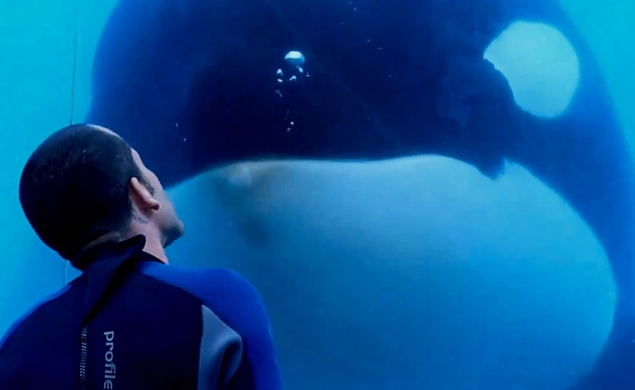 Slated for 2015, Pixar’s Finding Dory came about in response to—as director Andrew Stanton described it to The Los Angeles Times in July—a “polite inquiry from Disney” about the possibility of a sequel to Finding Nemo. “I was always ‘No sequels, no sequels,’” he clarified. “But I had to get on board from a VP [at Pixar] standpoint.” Now, in another report, the Times says that Dory’s plot has been altered after a Pixar screening of Gabriela Cowperthwaite's Blackfish.

Since its Sundance première earlier this year, Blackfish has gained a continuous stream of media and viewer attention for essentially arguing that SeaWorld treats its animals poorly, and that this poor treatment is directly responsible for killer whales killing trainers, since there’s no record of them killing or harming humans in the wild. Blackfish has provoked aggressive pushback from SeaWorld, which mounted an extensive publicity campaign to question Cowperthwaite’s methods and talking points. Not all critics have been taken with the documentary: For example, writing in the Nashville Scene, critic Michael Sicinski decried “the sort of trickery you’d expect to see in negative political campaigning,” arguing the film’s both dishonest and argumentatively incoherent.

Regardless of its artistic or polemical merits, Blackfish has generated plenty of press and conversation. In Pixar’s case, the company decided to change the ending of Finding Dory. Rather than having marine animals donated to a park with no say in the matter, they’re given a choice on whether they want to enter benevolent captivity. According to Louie Psihoyos—director of 2009’s The Cove, another attention-getting animal-rights documentary, this one focused on Japan’s dolphin-killing practices—Stanton and Pixar chief creative officer John Lasseter told Cowperthwaite that “they didn't want to look back on this film in 50 years and have it be their Song Of The South.”

Though the comparison to a film so often decried as racist that Disney’s never released it to any American home-video format is almost certainly hyperbole, it’s a rare example (a first?) of a documentary changing the plot of an animated film while it’s in development.