Joaquin Phoenix will stammer endearingly through the next Woody Allen film 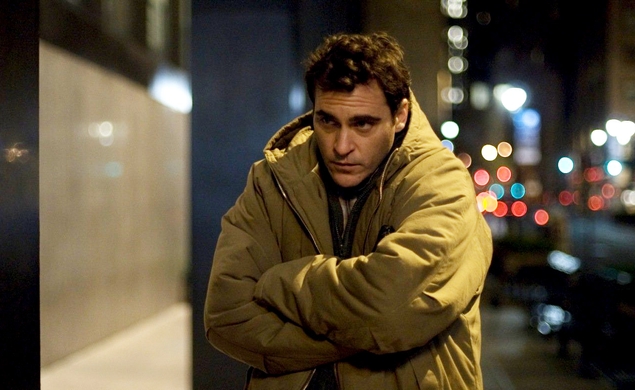 For anyone who figured that Woody Allen would quietly retire in the wake of his former adoptive daughter’s renewed accusations of sexual abuse… well, that hasn’t been Allen’s reaction to the scandals in the past, and apparently that’s not going to be his plan going forward, either. Allen’s Magic In The Moonlight was shot last year on the French Riviera (with Emma Stone and Colin Firth, among others) before the negative headlines about Allen started popping up again; and while the negative press could affect the reception of Magic In The Moonlight, the writer-director isn’t waiting around to see how the media and public treat his latest creation. The prolific Allen already has another script, ready to shoot. And according to Deadline, he has a star as well: Joaquin Phoenix.

Allen’s not announcing the title or plot of the film yet (which is also nothing new for him), but Deadline says that production will begin in July, which would put it on pace to be Allen’s 2015 release, continuing his longstanding pattern of making roughly one movie a year. That’s one way he’s weathered past controversies and flops: by keeping new projects in the pipeline, and changing the conversation.  As for Phoenix, it’s hard to say how he’ll do in a Woody Allen film, mostly because we don’t know if he’s playing a “Cate Blanchett in Blue Jasmine” kind of Allen character (which is something he could easily do) or a “Jason Biggs in Anything Else” sort of guy (which would be a damned shame).