Our next Movie Of The Week: Ishiro Honda’s Godzilla 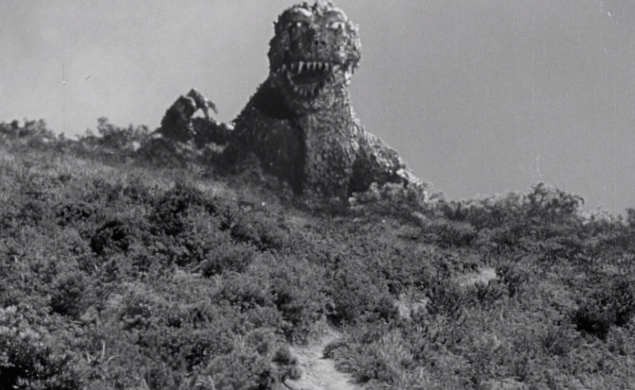 Godzilla is one of those movies people think they know even if they haven’t seen it. Its many sequels used to air in perpetuity on basic cable. It’s been parodied, remade, and imitated many times over and its basic elements are, well, pretty basic: Giant monster. Tokyo under attack. Screaming pedestrians. Atomic breath. Etc. So it’s possible for the haziness of memory to conspire and create the impression of having seen Godzilla even without watching the original film, first released in Japan in 1954. It’s even possible to think you’ve seen Godzilla while only having seen the American re-edit of that original film released two years later, Godzilla, King Of The Monsters!, until recently the only version easily available in the West. That’s not really the same thing, however. With a new American remake of Godzilla about to hit theaters, we decided to go all the way back to the source and look at the first Godzilla, the one directed by Ishiro Honda and filled with references to, and anxiety about, the nuclear age.

We’ll start the discussion with a piece pondering why Godzilla still retains its power to chill in spite of the character’s familiarity and watered-down later incarnations. We’ll carry on with a forum considering its place in monster-movie history (and history in general) and key themes, particularly its attitude toward technology. Finally, we’ll wind things down with a look at the very British Godzilla knock-off homage Gorgo.

Upcoming Movies Of The Week
May 13: Videodrome
May 20: Mr. Smith Goes To Washington
May 27: Menace II Society