Op-ed: Considering the myth of the motherfucker 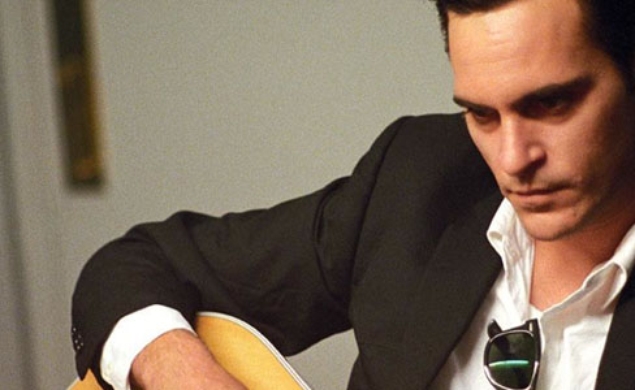 There’s a lot to like about James Mangold’s 2005 film Walk The Line. Joaquin Phoenix gives a suitably intense, tortured performance as the late folk-country legend Johnny Cash, and Reese Witherspoon is even better as his wife June Carter, presented as Cash’s ideal in every way: popular, spiritual, smart, kind, and Southern. Mangold also stages the musical sequences well, turning them into raucous, fast-paced commentaries on how success happens, and what it does to a person. The main problem with Walk The Line is that it lets the dark side of Cash’s fame dominate the story, because that’s more sensational and presumably redemptive. It’s not that Cash wasn’t a drug addict, or that he couldn’t be ill-tempered, ill-mannered, and even violent. But even though Walk The Line is set during the era when Cash recorded some of his most enduring songs, the movie leaves the impression that Cash was barely functional most of the time. All that’s missing from the film is the scene where Cash pays off the magical elves who apparently made all of his music for him while he was passed out or yelling at people.

This isn’t an uncommon way to make a biopic about an artist. (Ray, to pick a contemporaneous example, does much the same.) And the warts-and-all-but-mostly-warts approach is preferable to straight hagiography, which is often just as vague about what makes a talented person special. But it’s important to find the right balance between summing up accomplishments and stringing together all the juiciest gossip.

The reason I’ve been thinking about this is because I recently re-read Peter Biskind’s book Easy Riders, Raging Bulls, as research for an upcoming piece. Again, as with Walk The Line, there’s a lot to like about Easy Riders, Raging Bulls. Biskind set out to write about what happened in Hollywood between the late 1960s and early 1980s, as a wave of young filmmakers took over, made some of the most exciting and artful films in the history of American cinema, and then kicked off the blockbuster era that quickly squeezed a lot of the personal feeling and creativity out of mainstream movies. Biskind has a wealth of anecdotes to draw on, many of which bring real insight into the work of directors like Martin Scorsese and Francis Ford Coppola. But Biskind also loads up on stories that show his subjects at their worst, as egomaniacs with overactive libidos and a weakness for intoxicants.

Easy Riders, Raging Bulls doesn’t discount the talent of the New Hollywood generation, but Biskind has a thesis that these directors’ arrogance and pretension was their primary undoing—moreso than the changing taste of the public or a lack of support from the studios—and so the book is skewed in that direction, even undercutting the triumphs with casual mentions of who was rude to whom, and who spent their off-hours banging every would-be starlet in Hollywood. (The words “pussy hound” pop up more often in Easy Riders, Raging Bulls than “mise-en-scène.”)

What I want to know is: Why? What drives some biographers to spotlight so much of what their subjects did wrong?

I don’t think it’s something as simple as “jealousy.” I’ve always bristled at people who dismiss legitimate criticism as envy or “hating.” As I said, it’s not like Cash didn’t pop pills or Coppola didn’t chase skirts—and it’s not like these aspects of their lives aren’t relevant, or interesting. If anything, they’re too interesting, which I think is the main reason why biographers are drawn to the sordid sides of their subjects: Dirt makes for such compelling drama. But because we don’t know these celebrities personally, it’s too easy to take a few ugly anecdotes and presume the worst about everything else these people did. I see this happen on social media all the time: A famous person is caught misbehaving, and even though people on Twitter and Facebook weren’t there when it happened, and don’t have all the evidence, they pass judgment, with a weirdly self-righteous confidence.

Maybe biographies and biopics about artists dwell on the shady side because creative inspiration is hard to explain, and hard to dramatize. I’ve interviewed enough artsy folks over the years to know that when I ask about their process, the answers are usually either “hell if I know” or mundane and technical. And while I actually like the mundane and technical stuff, I know that doesn’t sell books or tickets. It makes for more of a story if writers and filmmakers fit all the tiny behavioral details of their subjects’ lives into a pattern that explains their work.

I’ve come across some good biographies that do this, as well as many, many frustrating ones. Patrick McGilligan’s book Robert Altman: Jumping Off The Cliff is an example of a biography that doesn’t flinch from its subject’s personal failings, but also uses those failings as a way of illuminating what Robert Altman did so well. On the flipside, David Michaelis’ Schulz And Peanuts seems to dig up every mildly pissy outburst or moment of public self-pity that cartoonist Charles Schulz ever had, and uses them to paint a picture that doesn’t resemble the man that his friends, colleagues, and family members have always described him to be. The Michaelis book is one of the most aggravating of its kind, because it features such a wealth of useful and obscure biographical detail about Schulz, all couched in a tone of distrust of the cartoonist’s motives.

To put a generous spin on all this, it could just be that biographers go overboard in trying to humanize people who are seen as untouchable icons. If so, I get it. There’s an aspirational aspect to a lot of biographies and biopics: Here’s how a great person made it, and here’s why you the reader or viewer aren’t so different. But too often, the fascination with weakness doesn’t come off as it may have been intended. “Flawed” too easily becomes “fatally flawed,” even when the real evidence—the movies, the novels, the paintings, the plays, the performances, the music—suggests otherwise.