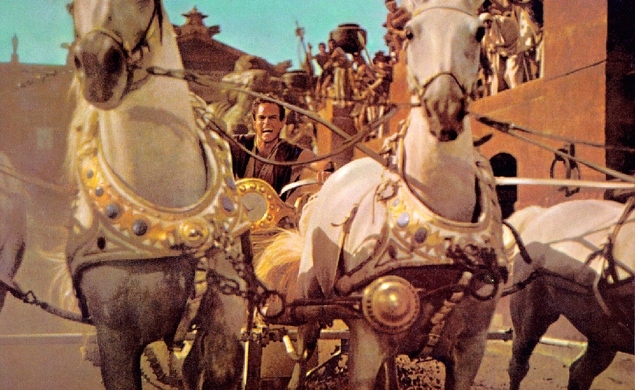 Lew Wallace’s 1880 novel Ben-Hur: A Tale Of The Christ has been adapted into plays, cartoons, TV miniseries, silent shorts, and two famous feature film versions: a 1925 silent epic that was one of the most expensive productions of its day, and a 1959 blockbuster starring Charlton Heston as the Jewish prince who becomes a slave, a charioteer, and an early follower of Jesus. MGM, which produced the two best-known Ben-Hurs, is hoping to cash in again with a third adaptation, co-produced with Paramount and already scheduled to be released on February 26, 2016, with Abraham Lincoln: Vampire Hunter director Timur Bekmambetov at the helm, working from a script by John Ridley and Keith Clarke.

And now, according to Deadline, the movie has two new producers: Mark Burnett and Roma Downey, the powerful TV producers (and married couple) responsible for the History Channel’s The Bible miniseries, which was later excerpted and condensed into the film Son Of God. As Deadline notes, Burnett and Downey bring with them certain Biblical bona-fides, in that the “faith-based” audience already trusts the producer of Sarah Palin’s Alaska and the star of Touched By An Angel to deliver a product that won’t be too blasphemous.

No star has been announced yet. Will Downey/Roma/Bekmambetov cast an unknown, or will they go for a big name to be the next Charlton Heston? If it’s the latter, do we have a Charlton Heston type out there right now? Tom Hardy, perhaps?