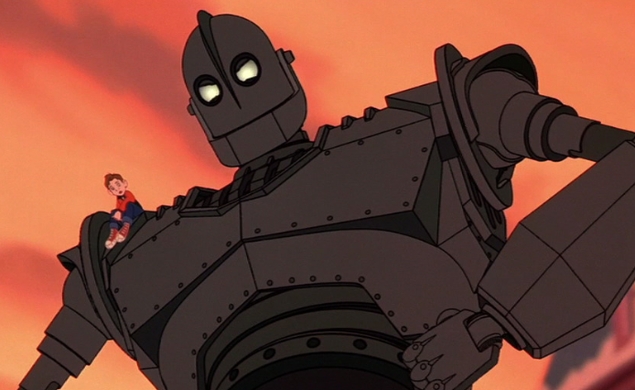 Writer/director/animator Brad Bird was in his 40s when he helmed his first feature film, 1999’s The Iron Giant, and while that movie was a major disappointment at the box office, it impressed his fellow filmmakers enough to earn Bird more chances, with the result being the massive hits The Incredibles, Ratatouille, and Mission: Impossible—Ghost Protocol. Bird’s become one of the most reliably creative and intelligent mainstream auteurs largely by working within other people’s systems—from the heavily collaborative halls of Pixar to the franchise-bound M:I—which makes The Iron Giant arguably Bird’s most personal film, since he shepherded the project with a fierce protectiveness from the moment Warner Bros. hired him to direct. But while The Iron Giant has a cult following, it’s still an undervalued piece of the Warner catalog. A good special-edition DVD of The Iron Giant was released in 2004, but fans are still waiting for the movie to come to Blu-ray.

Well, now maybe fans can do something about it. /Film spotted a couple of Twitter posts yesterday from Bird in which he said that he wants an Iron Giant Blu-ray, and Warners wants an Iron Giant Blu-ray, but that they’re in disagreement about what kind of Blu-ray. Bird claims that, “WB & I have been talking. But they want a bare bones disc. I want better.” And later Bird suggested that if people agree with him, “Let them know; @WBHomeEnt.” Given that Warners has already released a features-packed DVD of Iron Giant, it shouldn’t be that difficult to get a similar Blu-ray to market. But if tweeting at WB will help that happen, then people who love The Iron Giant may want to try to be the movie’s personal suuu-per-maaan.