Our next Movie Of The Week: A Fish Called Wanda 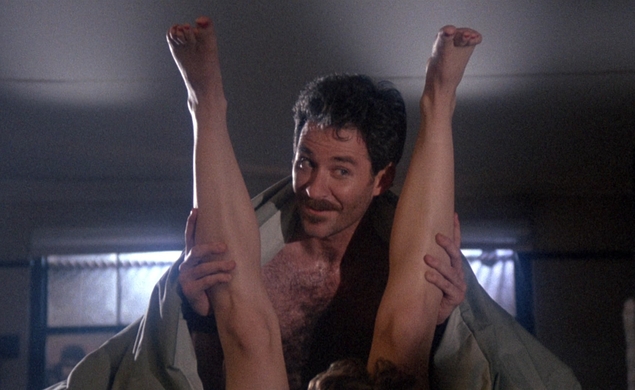 Of all the movies that illustrate the importance of fine detail in comedy performances, A Fish Called Wanda tops the list. Ostensibly, this 1988 comedy is about the betrayals, reversals, and manipulations among a bunch of thieves trying to cut each other out of the take after stealing millions of dollars worth of diamonds. But while the plot provides plenty of twists and turns, it’s really just a framework for some of the most perfect comic performances put on celluloid. Kevin Kline won a Best Supporting Actor Oscar for his work in the film, and it’s well-deserved: It’s an unreserved, physical performance that extends to every smirk and spontaneous backward somersault. But the entire catch is top-notch, with Jamie Lee Curtis leading it as a sweet but scheming femme fatale with no loyalties, and Kline, John Cleese, Michael Palin, and Tom Georgeson all playing the colorful criminals dancing on her strings. Cleese’s script is a marvel of quotable lines and big surprises, but it also gives all the actors room for plenty of the ridiculous comic business that makes the movie.

Next week, Tasha Robinson will kick off the conversation by comparing A Fish Called Wanda with Fierce Creatures, a film starring the same cast as completely different characters. Our staff Forum will consider the film’s light version of dark humor, its liberal view on sex, and the sick joke of reuniting Monty Python members Cleese and Palin for a movie, then keeping them apart for nearly the entire run time. And on Thursday, Mike D’Angelo will wrap by pondering the film’s quintessentially British look at what it means to be American. And remember, Aristotle was not Belgian. The central message of Buddhism is not “Every man for himself.” And the London Underground is not a political movement. If you watch the film, you won’t make those embarassing mistakes yourself.

Upcoming Movies Of The Week

May 20: Mr. Smith Goes To Washington