Quentin Tarantino’s still working on The Hateful Eight after all 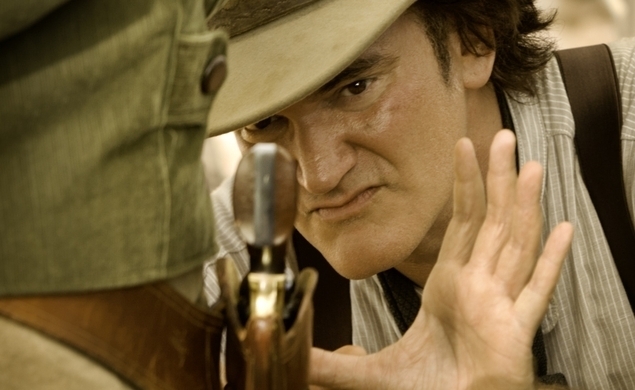 Quentin Tarantino’s much-hyped live-reading of his much-leaked screenplay for The Hateful Eight took place in Los Angeles over the weekend, with performances by an all-star cast that included Samuel L. Jackson, Kurt Russell, Tim Roth, Amber Tamblyn, Walton Goggins, and Bruce Dern. We’ll have a full report from the event later today, Matthew Dessem’s excellent firsthand account of the night is right here, but here’s the one key piece of news from the event: though Tarantino had previously vowed not to make The Hateful Eight after its script leaked online, the movie’s apparently not dead after all. Much like the Bride from Kill Bill, it’s still alive and kicking and tangentially connected to Michael Madsen and that’s pretty much where the metaphorical similarities end right there.

From the stage of the Theatre At Ace Hotel, Tarantino told the audience at the $200-a-seat event:

“I’m working on a second draft and I will do a third draft, but we’re reading from the first draft. Chapter 5 [the last] will only be seen here, only tonight, it won't be in there later.”

I have to imagine some of the folks who paid 200 bones to watch this “one-night-only” event must have been slightly miffed to learn the evening wasn’t quite as unique as initially promised—although their money went to a good cause, helping support Film Independent programming in Los Angeles, and they did get to see some scenes that won’t make it into the finished film (supposedly, who knows). For everyone else, this is great news. The Hateful Eight is back on. Despite the best efforts of leakers, this project is 100 percent death-proof, just like that Quentin Tarantino movie, Inglorious Basterds.