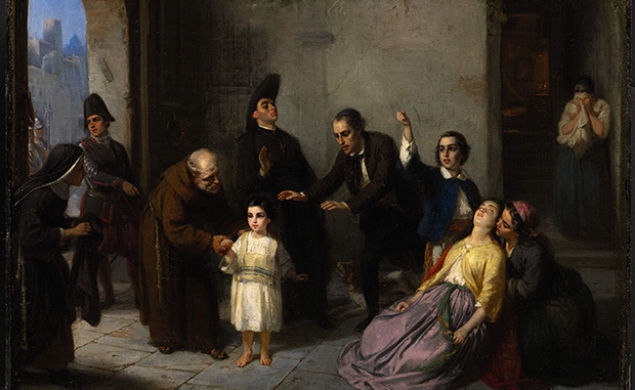 Tony/Pulitzer-winning playwright Tony Kushner has had two produced screenplays thus far in his career—Munich and Lincoln—both of which were directed by Steven Spielberg. According to Variety, the two men maybe about to go for the hat trick. Kushner is currently writing the script for The Kidnapping Of Edgardo Mortara, based on a David Kertzer book about the international outcry that arose in 1858 when the Papal authorities removed a six-year-old boy from his Jewish family and forced him to be raised Catholic. (The case was famous enough at the time to be immortalized in a painting by German Jew Moritz Daniel Oppenheim.)

At the moment, Spielberg is only signed on to produce The Kidnapping Of Edgardo Mortara, but is considering directing as well. Spielberg has been idle since Lincoln, waiting for two other projects—the science-fiction action spectacle Robopocalypse and the historical drama Montezuma—to progress to the point where he can commit to one of them as his next film. The Variety story indicates that Robopocalypse is likely to be next in line for Spielberg, though speaking as someone who really liked War Horse and Lincoln, I’m hoping Spielberg gravitates more toward the dramas in the near future. The story of Edgardo Mortara sounds like an ideal Spielberg project—especially with a Kushner script.