The Dissolve on... our most anticipated movies at Cannes 2014 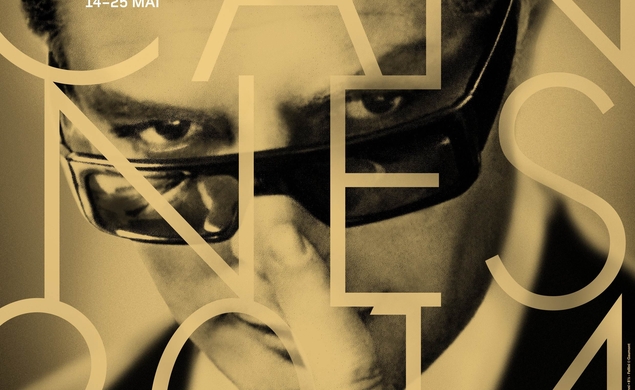 The first lineup for the 2014 Cannes Film Festival was announced today and, not surprisingly, it looks fantastic. But which films look better than the rest? After a morning of study and giddy excitement, the staff of The Dissolve each picked a movie they’re particularly looking forward to from the Cannes class of 2014. Their choices, in alphabetical order:

The Captive: The premise of Atom Egoyan’s The Captive (not to mention the title of Atom Egoyan’s The Captive) sounds an awful lot like Denis Villeneuve’s Prisoners: A father (Ryan Reynolds) goes on a desperate search after his daughter is kidnapped. But this French trailer for the film suggests Egoyan takes its familiar storyline into unfamiliar territory, with a good cast (including Mireille Enos and Rosario Dawson) and striking cinematography by Paul Sarossy. In recent years, it’s begun to feel like Egoyan’s career may have peaked back at the 1997 Cannes Film Festival, when his film The Sweet Hereafter won three awards, including the Grand Prize of the Jury. Hopefully Egoyan’s latest return to the Croisette will yield another major work after a string of disappointments. —Matt Singer

Lost River: Ryan Gosling has evolved into such a reliably interesting actor that I’m happy to roll the dice on his directorial debut. Formerly known as How To Catch A Monster, it stars Christina Hendricks alongside Eva Mendes, Saoirse Ronan, and Doctor Who’s Matt Smith. What’s it about? I really have no idea, though I found one source that describes it as “[s]et against the surreal dreamscape of a vanishing city.” And the one image that has surfaced is… intriguing. Could be awful, but I’m curious. —Keith Phipps

Maps To The Stars: Nobody adapts literature quite like David Cronenberg, whose filmography includes at least two adaptations of books widely considered unfilmable: William S. Burroughs’ avant-garde milestone Naked Lunch and J.G Ballard’s Crash, which dealt with folks who fetishized car crashes and the wounds incurred in them. So I am all kinds of intrigued by the prospect of Cronenberg bringing his cold, exacting, faintly alien eye and sensibility to cult author Bruce Wagner’s Maps To The Stars, a Hollywood satire about an eccentric show-business family, drug-addled child stars, and their faintly surreal misadventures. The plot sounds fascinatingly insane and I have faith that at the very least, Cronenberg will come up with something memorable and distinctive. I cannot wait. —Nathan Rabin

Mr. Turner: Mike Leigh’s a longtime favorite of mine, and it’s been four years since his last film—the beautiful, painfully pragmatic Another Year—so I’d be anxious to see any new Leigh. But I’m especially eager for Mr. Turner, which is reportedly a biopic of innovative, experimental British landscape painter J.M.W. Turner, played by Timothy Spall. The last time Spall and Leigh collaborated on a period picture about popular British artists, the result was the 1999 masterpiece Topsy-Turvy. If Mr. Turner is even half that good, I’ll be thrilled. —Noel Murray

Two Days, One Night: Apart from the anomalous, out-of-competition How To Train Your Dragon 2 screening, this year’s Cannes lineup looks particularly grim and grieving: Just running through the descriptions of some of these titles, I’m seeing a preponderance of films about real and fictional war, suffering, and loss. At least we can go with some directors who always handle those themes brilliantly. Top of my list would be Jean-Paul and Luc Dardenne (The Promise, The Child, Lorna’s Silence, The Kid With A Bike), who consistently make painful movies in a realist style that doesn’t overplay their emotions or tell viewers how to feel. This latest, about a desperate woman who can only keep her job if she persuades her co-workers to forego their much-needed bonuses, looks intense, as their work so often does. But they’re so masterful at creating compelling situations and making the emotions seem real, and each narrative step seem logical and even inevitable, that their craft registers as much as their compulsions. Besides, the film stars Marion Cotillard, and I’d follow her just about anywhere. —Tasha Robinson

Winter Sleep: I first encountered Turkish director Nuri Bilge Ceylan with his superb 2002 deadpan comedy/drama Distant, which was equally striking in sight and sound, and each successive film—Climates, Three Monkeys, and Once Upon A Time In Anatolia—has found him extending boldly into new territory. (Climates was the first digital film that convinced many, including myself, that it could be a substitute for celluloid.) At 196 minutes, Winter Sleep is the longest film in competition and no details about its plot have been released, but if you’re looking to place an early bet on the Palme winner, this is the prize pony. —Scott Tobias