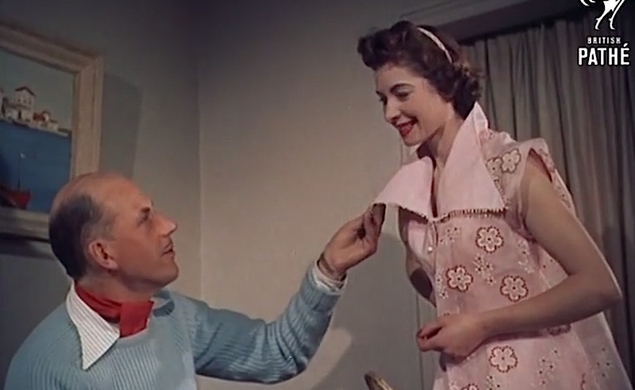 Here’s something for fans of history (and online procrastination). British Pathé, one of the 20th century’s leading providers of newsreels, has uploaded its entire archive—some 85,000 films—to YouTube, where they can be watched or embedded absolutely free of charge. Archive general manager Alastair White told Sky News that Pathé made the films available to the public “to ensure the maximum number of people can enjoy viewing” the archive.

I took a quick glance at a few of the thousands of titles, and already found several fascinating clips, like this silent B-roll of Orson Welles in Bucharest in 1967:

This newsreel about a new American assault plane from 1949 ends with a near-crash landing:

Check out the crowds on Carnaby Street to see Barry Gibb receive an award as the Best Dressed Man of 1969:

And speaking of fashion, how about this in-no-way-sexist look at the latest trends for women from 1955:

It’s an incredible resource. Browse the entire British Pathé archive at YouTube, and if you find something particularly interesting, let us know.