X-Men: Days Of Future Past saved its best trailer for last 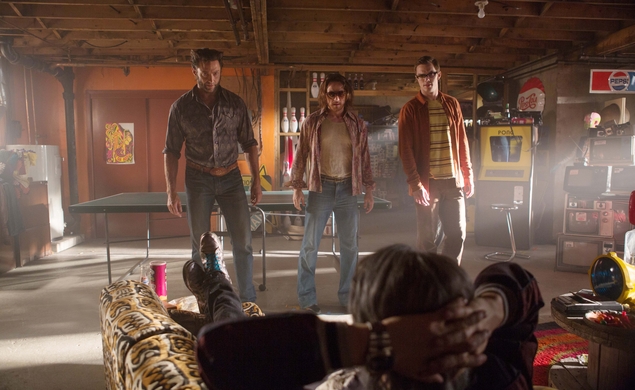 My father is the guy who got me into comics. He read comic books as a kid in the ’60s, gave me the ones he’d saved, and bought me the first ones of my own. Last week, we went to the movies together and watched Captain America: The Winter Soldier, and had a great time. We also saw the previous trailer for X-Men: Days Of Future Past, and it left him—a guy who owned the first issue of X-Men back in 1963, and who’s read books over my shoulder for decades—completely lost. And no wonder; it featured about two dozen characters, at least two different time periods, and a bunch of actors playing the same people. When jammed into a 150 seconds, it looked like an extreme (pardon me; an X-treme) mess.

Wisely (and mercifully), the newest and supposedly final trailer for X-Men: Days Of Future Past clears up a lot of the confusion with a much more linear, much less star-laden trailer. Here it is:

I get the thinking behind the earlier trailers: Fox wanted people to see this X-Men as the biggest one yet, and to make sure audiences realized just how many stars (including Halle Berry, Ellen Page, and Jennifer Lawrence) appeared in the film, they larded the clips up with more familiar faces than an episode of Battle Of The Network Stars. It was shock and awe; but for a lot of folks like my dad, I think it might have been a bit too shocking. This latest trailer lays the groundwork much more clearly. We’ll know in a few weeks whether it succeeds in getting audiences excited or whether Hugh Jackman will be sent back in time again to the Fox marketing department circa 2013 to warn the editors about a dark future.