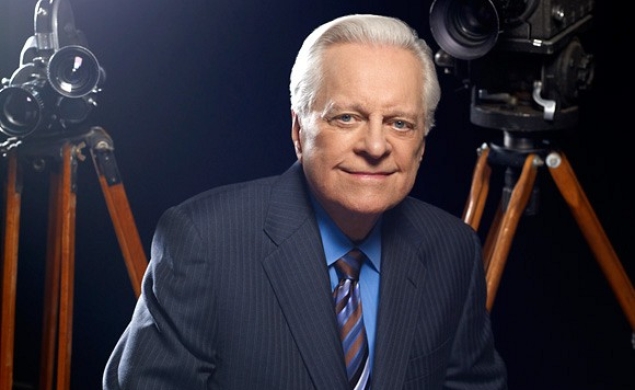 Out of all the statistics that Variety editor Cynthia Littleton tacks on to the end of her recent story about Turner Classic Movies’ 20th anniversary, my favorite are these:

Oldest films to air on TCM: Annie Oakley, Bucking Broncho, Sioux Ghost Dance (1894)
Newest film to air on TCM: The Lord Of The Rings: The Return Of The King (2003)

When TCM debuted in 1994—exactly 20 years ago today—it initially seemed a little like a dumping ground for all the old movies that even UHF channels wouldn’t show, let alone the already-established American Movie Classics. With a library originally consisting of RKO’s output and mostly early-20th-century Warner Bros. and MGM movies, TCM was surrounding genuine classics with long-forgotten pluggers, such that even a film buff would’ve looked at the average TCM weekday schedule back then and found it too filler-heavy.

But even on those average weekdays, TCM was never just about the movies it was showing. From the beginning, the films were stitched together with short films, vintage trailers, interviews, cartoons, and the introductions of Robert Osborne, who’d add some historical context and personal enthusiasm. And over time, TCM has added new catalogs and licensed titles as needed, expanding beyond golden-age Hollywood to bring in foreign films, cult films, “new Hollywood” pictures, silents, and some more modern-day hits (like The Lord Of The Rings).

One big reason why I stay devoted to Turner Classic Movies is that while other cable channels have abandoned their original missions in the chase for fleetingly popular original programming, TCM has dug deeper into what it means to be a “classic movie channel.” The programmers haven’t coasted on nostalgia, catering exclusively to the kind of older viewers who smugly say, “Boy, they don’t make ’em like they used to.” Instead, TCM has reached out to cinephiles, with annual salutes to the Telluride Film Festival, and past programs devoted to the output of Studio Ghibli, and the world cinema classics featured in Mark Cousins’ cine-essay The Story Of Film: An Odyssey. Operating like one of the best-funded repertory houses in the world, TCM spends each month running series dedicated to certain actors or directors—or even to certain themes, such as the series TCM ran a few years back on the evolving representations of homosexuality in cinema.

Osborne has been central to a lot of what makes TCM special. Though clearly an old-school Hollywood guy, happiest when he has an aged MGM contract player to interview, Osborne has always demonstrated respect, curiosity, and knowledgeability when he has a guest who wants to talk about Robert Altman, or Japanese cinema. He’s modeled the attitude that TCM expects its viewers to adopt: “Take a look at this. Isn’t it interesting?”

It’s that educational role that I’d miss the most if TCM ever went off the air, or started following the path of AMC and replacing movies with original dramas (not that I don’t like Breaking Bad and Mad Men as much as any other movie/TV buff). I know that TV critics like to make fun of the recent spate of “aftershows” like Talking Dead, which seem to be a cheap, lazy way for channels like AMC to capitalize on their most popular series, but I actually like them in concept (and occasionally in execution) because I think television could use more moments of reflection and explanation. Even in the Wiki/Google age, it’s nice to have a person look through the camera at me and tell me a little something useful and informative about what I’m about to watch or what I just watched.

I have no idea what the viewership numbers are like for Turner Classic Movies; I suspect that they’re not terribly high, but I couldn’t find any recent, reliable sources online. (Most stories about cable ratings just focus on the most-watched channels, and TCM didn’t crack the Top 20 last year.) I do remember reading once that TCM reaches one of the most affluent demographic groups in television, but since the channel is commercial-free—and on most systems isn’t a pay channel like HBO—I don’t know that the wealthier viewers pay off much for Turner Entertainment. And while the Turner family of networks (and its parent company Time Warner) make plenty of money, I know from past experiences in corporate America that “making plenty of money” is not the goal of big business; it’s making as much money as possible.

In this detailed Will McKinley blog post about last year’s TCM Classic Film Festival, McKinley quotes the TCM bosses talking about the age of their viewers (two-thirds are under 54, and upwards of 10 to 20 percent at any given time of day are teenagers), and the traffic to their website (over 2 million unique visitors a month), which suggests that TCM is reaching the people it needs to reach, and that its audience won’t be dying off in the years to come. I hope that’s so. Because more than anything, I’d like to think of TCM as a good entry point for young people wanting to learn more about the history and art of cinema, in much the same way that movie lovers of my generation boned up by reading every available book in the library and watching every older film at the video store.

The people at TCM are carrying on the curatorial tradition of critics, festival programmers, and repertory theaters, assembling blocks of movies that enhance each other and educate the viewer. And they’re not snobs about it. The Lord Of The Rings: The Return Of The King belongs on a classic movie channel—with intros and hoopla and all that—as much as it belongs anywhere else on TV. I hope we get 20 more years of Turner Classic Movies drawing those lines between the 1890s and 21st century; and then 20 more after that, ad infinitum.