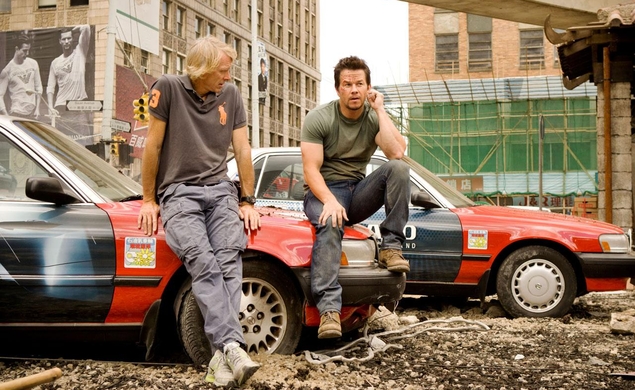 To date, the Transformers series has generated about 11 positive reviews and about $11,000,000,000,000 for Paramount and Hasbro. Nobody seems to actually like these movies, but everyone goes to see them, which is why Transformers: Age Of Extinction opens in theaters this summer (and why Michael Bay directed it even after insisting repeatedly that the previous Transformers film, Dark Of The Moon, would be his last).

For now, Bay isn’t committing to make any additional Transformerses (yet; give it time), but he did admit to Entertainment Weekly that the franchise will go on with or without him, and that Age Of Extinction is but the first of a whole new cinematic onslaught:

“‘It’s kind of like a new Transformers,’ Bay says. ‘We had three, the first trilogy, and this is going to be the next one.’ The next…trilogy? ‘Yeah, it’s the first of a new trilogy,’ he says after a moment of hesitation. ‘I’m not necessarily sure that I’m doing [the others], but that’s what it’s meant for.’”

Clearly the title Age Of Extinction does not refer to the extinction of the Transformers, because they’ll be returning to theaters at least two more times. Maybe what’s going extinct are all the other kinds of movies, the ones that aren’t based on children’s toys and don’t feature talking robot dinosaurs.

Your time is at an end, cinephiles. The Transformers are your masters now. And they are never going away.